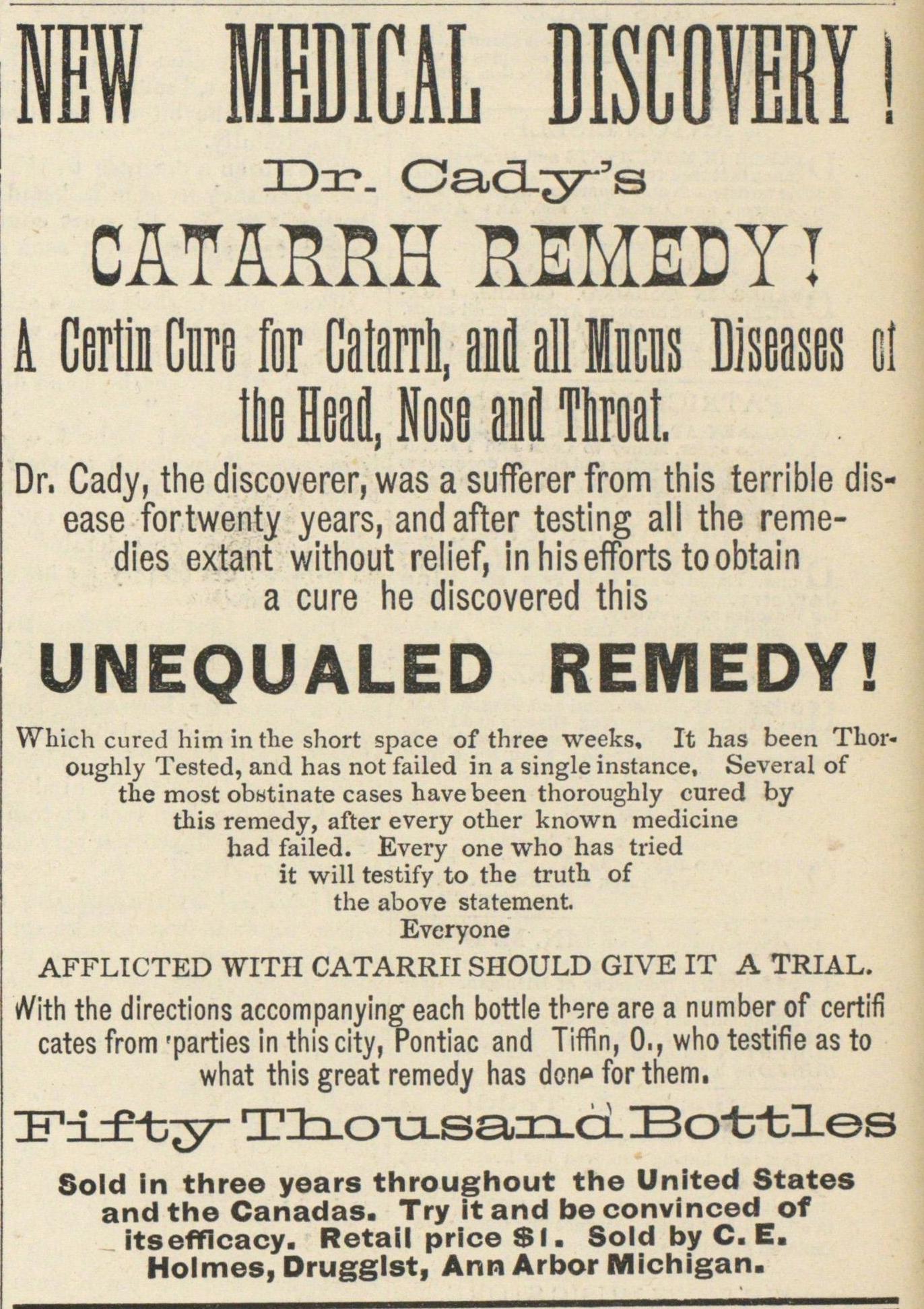 Dr. Cady's CATAHHH SEHED Y ! k Mi Cm for CM, nl all Mncns Siseases cl tki Mi, Nose ei ïïmil Dr. Cady, the discoverer, was a sufferer from this terrible disease fortwenty years, andafter testing all the remedies extant without relief, in his efforts to obtaïn a cure he discovered this UNEQUALED REMEDY! Which cured him in the short space of three weeks, It has been Thoroughly Tested, and has not failed in a single instance, Several of the most obatinate cases have been thoroughly cured by this remedy, after every other known medicine had failed. Every one who has tried it will testify to the truth of the above statement. Everyone AFFLICTED WITH CATARRII SHOULD GIVE IT A TRIAL. vVith the directions accompanying each bottle there are a number of certifi cates from 'parties in this city, Pontiac and Tiffin, 0., who testifie as to what this great remedy has don for them. i3y TlfcLO-uLsain-dlBo-t-bILes Sold in three years throughout the United States and the Cañadas. Try it and be convinced of itsefficacy. Retail price SI . Sold by C. E. Holmes, Drugglst, Ann Arbor Michigan.