Saved By His Dog 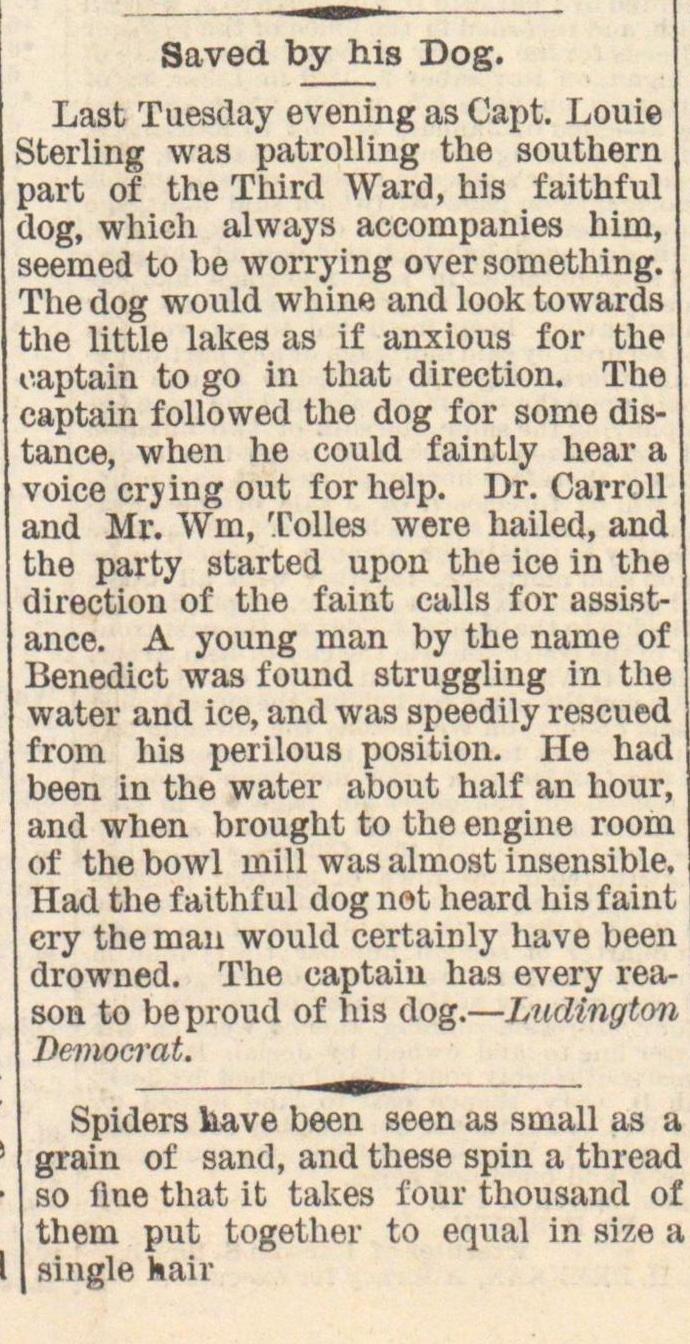 Last ïueaday evening as Capt. Louie Sterling was patrolling the soutuem part of the Third Ward, his faithful dog, which always accompanies him, seemed to be worrying over something. The dog would whine and look towards the little lakes as if anxious for the captain to go in that direction. ïhe captain followed the dog for some distance, when he could faintly hear a voice er j ing out for help. Dr. Carroll and Mr. Wm, Tolles were hailed, and the party started upon the ice in the direction of the faint calis for assistance. A young man by the name of Benedict was found struggling in the water and ice, and was speedily rescued from his perilous position. He had been in the water about half an hour, and when brought to the engine room of the bowl mili was almost insensible. Had the faithful dog net heard his faint cry the man would certainly have been drowned. ïhe captain has every reasoh to beproud of his dog. - Ludington Demoorat. Spiders have been seen as small as a grain of sand, and these spin a thread so flne that it takes iour thousand of them put together to equal in size a I single hair