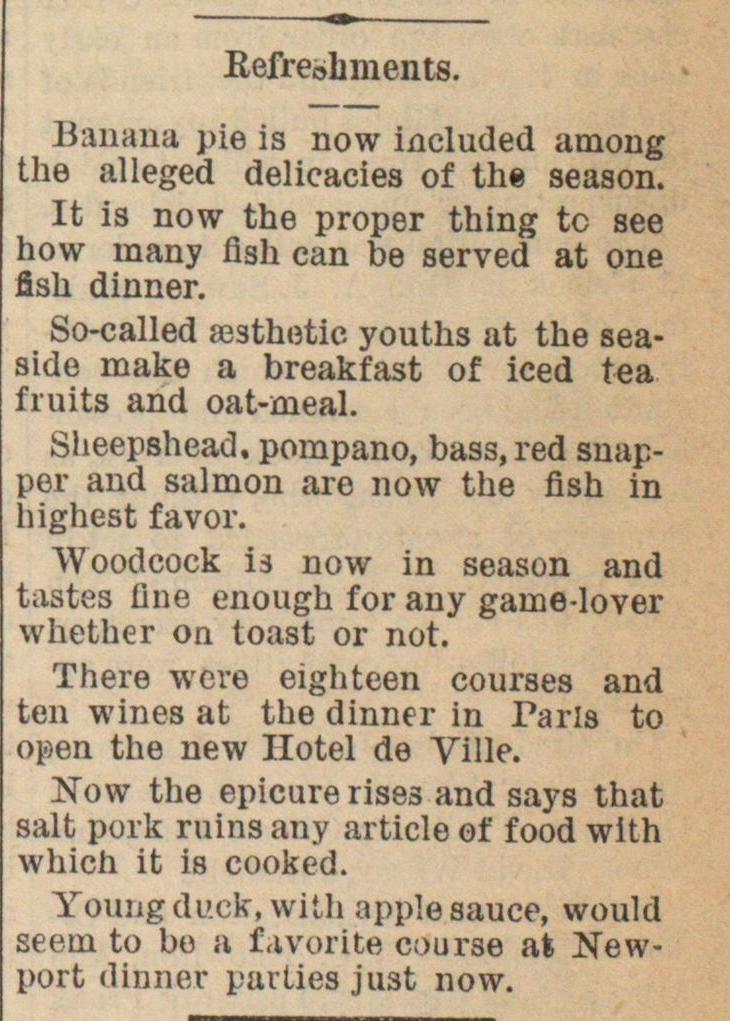 Banana pie is now included among the alleged delicacies of the season. It is now the proper thing te see how inany flsh can be served at one fish dinner. So-called ajsthotic youths at the seaside make a breakfast of iced tea fruits and oat-meal. Slieepsheacl. pompano, bass, red snapper and salmón are now the flsh in highest favor. Woodcock is now in season and tastes íine enough for any garne-lover whether on toast or not. There were eighteen courses and ten wines at the dinner in París to open the new Hotel de Ville. JSTow the epicure rise3 and says that salt pork ruins any article of food with which it is cooked. Youngduck, witli apple sauce, would seein to bo a favorito course afc Newport dinner parlies just now.