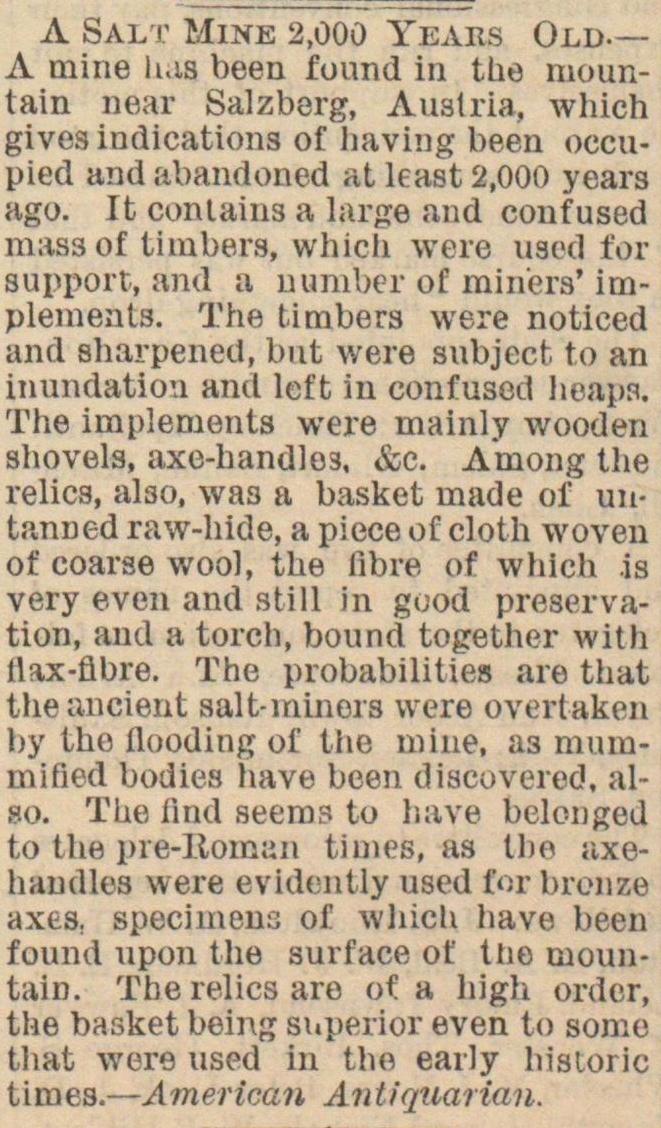 A mine luis been found in the mountain near Salzberg, Austria, which gives indications of liavhig been occupied and abandoned at least 2,000 years ago. It conlains a large and confused mas3 0f timbers, which were used for support, and a uumber of minera' implements. The timbera were noticed and sharpened, but were subject to an inundatiou and lef t in confused heapa. The implemento were mainly wooden shovels, axe-handle3, &c. Among the relies, also, wa3 a basket made oí untanned raw-hide, a piece of eloth woven of coarse wool, the libre of which .is very even and still in good preservation, and a torch, bound together with tlax-flbre. The probabilities are that theancient minors were overtaken by tho flooding of the mine, a3 mum mified bodies have been discovered, also. The iind seems to have belonged to the pie-lloman times, as tho axehaudles were evidently osed for bronae axes. specimens of which have been found upon the surface of the uiountain. The relies are oía high order, the basket being superior even to some that were used in the early liisloric times.-