The Meteors Of The Dog Days 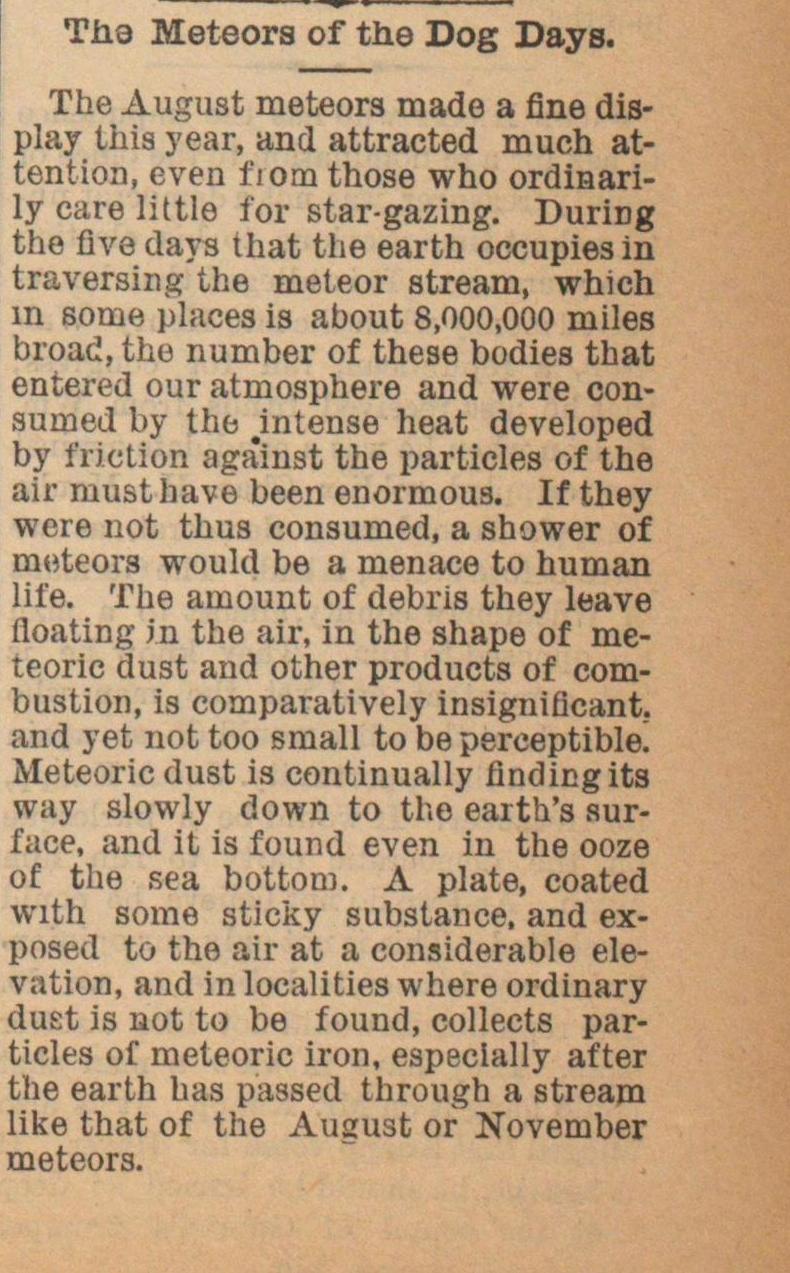 The August meteors made a fine display this year, and attracted much attent ion, even fiom those who ordinarily care little i'or star-gazing. During the flve days that the earth occupiesin traversing the meteor stream, which in some places is about 8,000,000 miles broad, the number of these bodies that entered our atmosphere and were conaumed by the .intense heat developed by friction agáinst the partióles of the air must have been enormous. If they were not thus consumed, a shower of moteors would be a menace to human life. The auiount of debris they leave floating in the air, in the shape of meteorie dust and other products of combustión, is comparatively insigniflcant. and yet not too small to be perceptible! Meteoric dust is continually findicgits way slowly down to the earth's surface, and it is found even in the ooze of the sea botton]. A píate, coated vvith some sticky substance, and exposed to the air at a considerable elevation, and in localities where ordinary dust is not to be found, collects particles of meteoric iron, especlally after the earth bas passed through a stream like that of the August or November meteors.