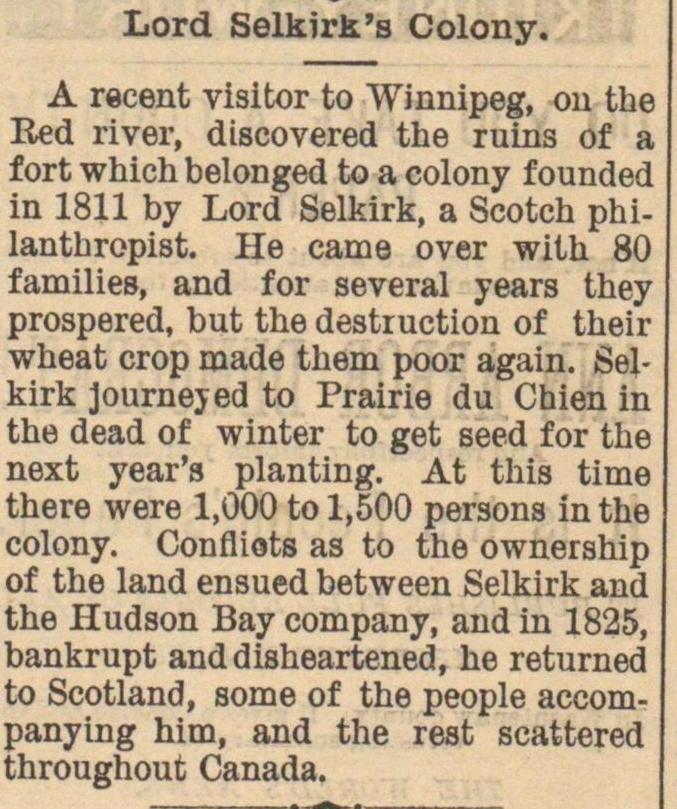 A recent visitor to Winnipeg, ou the Red river, discovered the ruins of a fort which belonged to a colony f ounded in 1811 by Lord Selkirk, a Scotch philanthropist. He carne over with 80 families, and for several years they prospered, but the destruction of their wheat erop made them poor again. Selkirk journejed to Prairie du Chien in the dead of winter to get seed for the next year's planting. At this time there were 1,000 to 1,500 persons ín the colony. Confliots as to the ownership of the land ensued between Selkirk and ;he Hudson Bay company, and in 1825, Dankrupt anddisheartened, he returned ;o Scotland, some of the people accompanying him, and the rest scattered hroughout Canada.