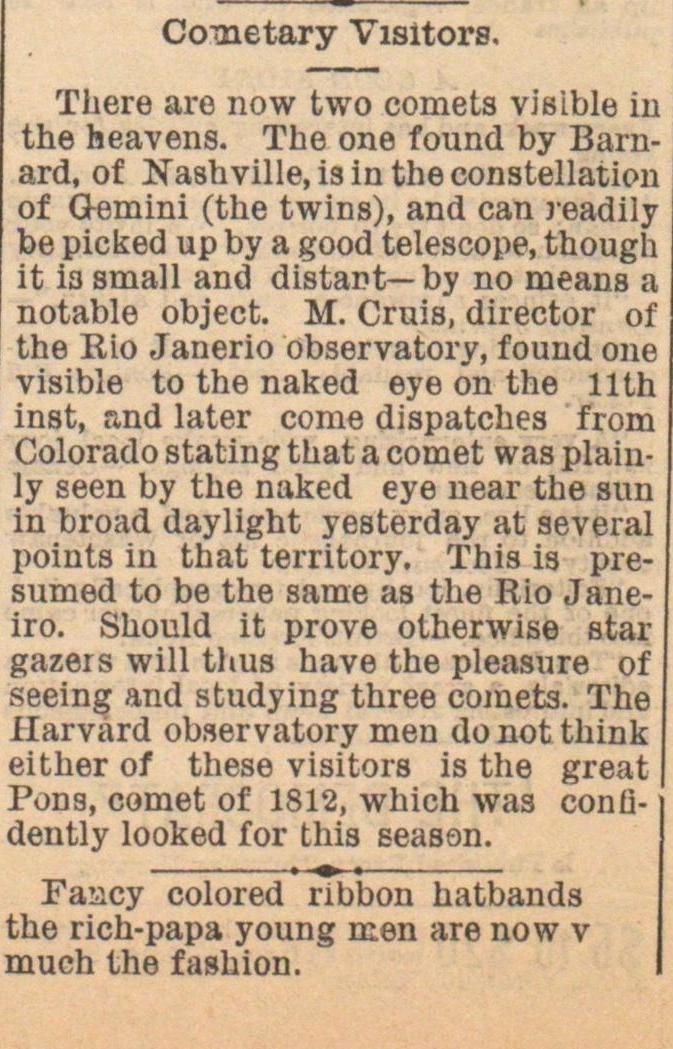 There are now two cometa visible in the heavens. The one found by Barnard, of Nashville, i3 in the constellation of G-emini (the twins), and can readily be picked up by a good telescope, though t Í3 small and distapt- by no means a notable object. M. Cruis, director of he Rio Janerio observatory, found one isible to the naked eye on the llth nst, and later come dispatches from Colorado stating that a cornet was plainy seen by the naked eye near the sun n broad daylight yesterday at aeveral oints in that territory. This ia premmed to be the same as the Rio Janero. Should it prove otherwise star gazeis will tlius have the pleasure of seeing and studying three cometa. The Harvard observatory men do not think either of these visitors is the great Pons, cornet of 1812, which was conüdently looked for this seasan. Faacy colored ribbon hatbands the rich-papa young men are now v much the fashion.