Tracklaying On The Northern Pacific 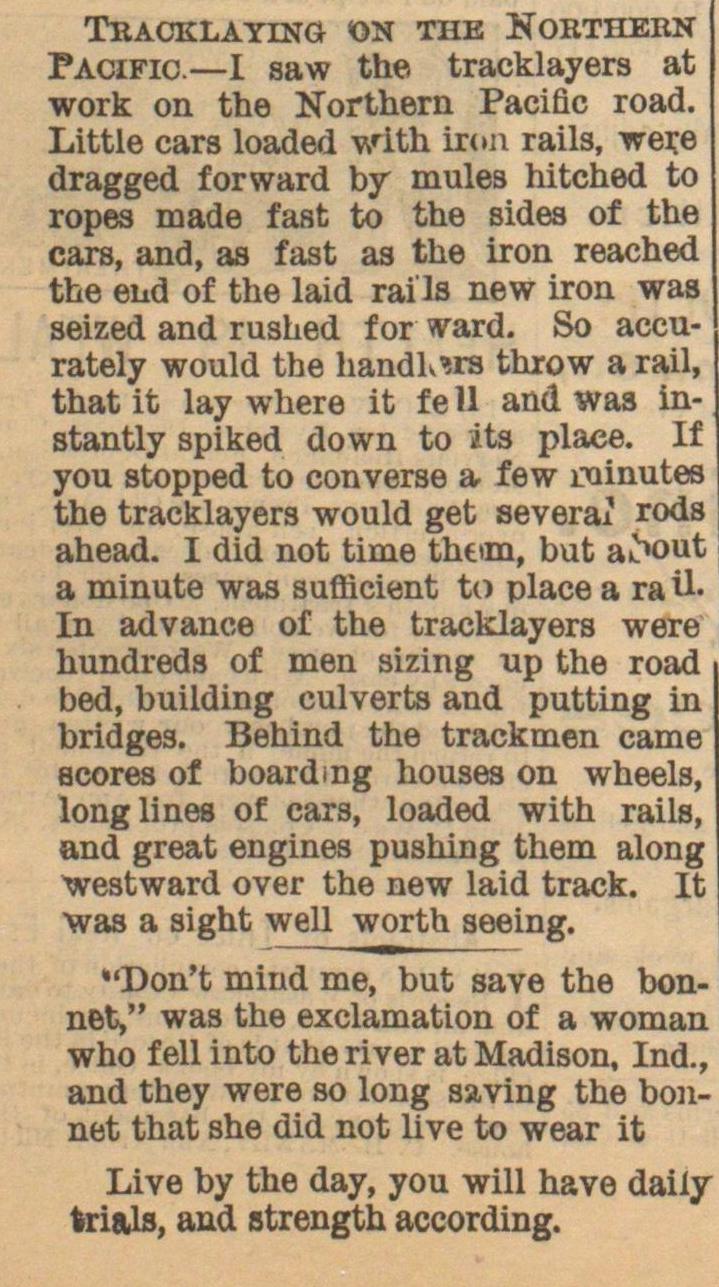 work on the Northern Pacific road. Little cara loaded with iron rails, were dragged forward by mules hitched to ropes made fast to the sidea of the care, and, as fast as the iron reached the eud of the laid rails new iron was seized and rushed f or ward. So accurately would the handLws throw a rail, thatit lay where it feil and waa instantly spiked down to ts place. If you stODped to converse few minutes the tracklayers would get severai rods ahead. I did not time thetm, but aLout a minute was sufficient to place a ra U In advance of the tracklayers were hundreds of men sizing up the road bed, building culverts and putting in bridgea. Behind the trackmen came scores of boardmg houses on wheels, long li nes of cars, loaded with rails, and great engines pushing them along westward over the new laid track. It ■was a sight well worth seeing. "Don't mind me, but save the bonnet," was the exclamation of a woman who feil into the river at Madison, Ind., and they were so long saving the bonnet that she did not live to wear it Live by the day, you will have daiiy trials, and strength according.