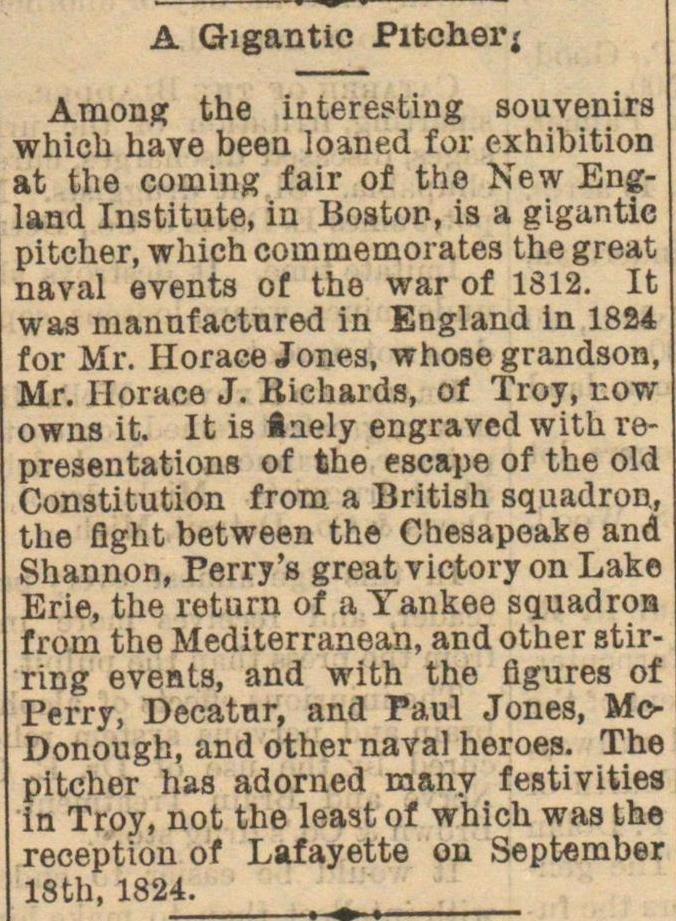 Among the interesting souvenirs which have been loaned tor exhibition at the coming fair of the New England Institute, in Bostop, is a gigantic pitcher, which commemorates the great naval events of the war of 1312. It was manufactured in England in 1824 for Mr. Horace Jones, whose grandson, Mr. Horace J. Richards, oí Troy, uow owns it. It is taely engraved with representations of the escape of the old Constitution from a British squadron, the fight between the Chesapeake and Shannon, Perrj's great victory on Lake Erie, the return oí a Yankee squadron f rom the Mediterranean, and other etirring eventa, and with the figures oí Perry, Decatnr, and Paul Jones, MoDonough, and other naval héroes. The pitcher has adorned many festivities in Troy, not the least of which was the reception of Lafayette on September 18th, 1824.