Nothing Mean About Him 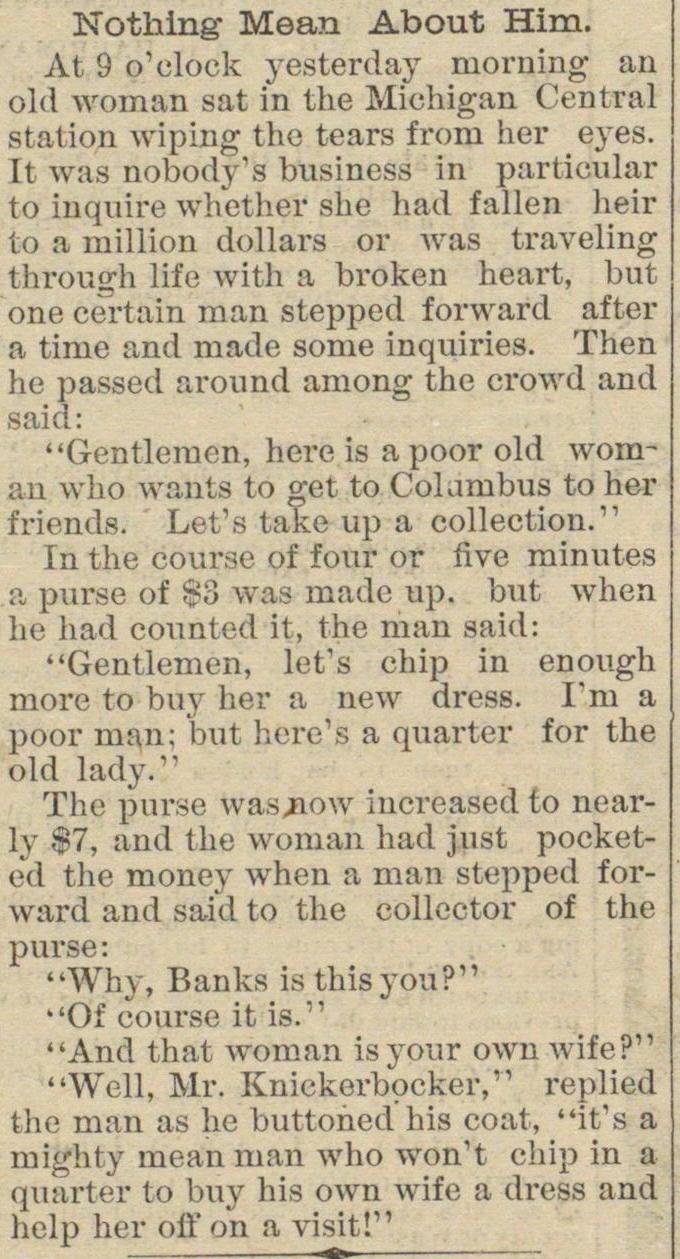 At 9 o'olock yesterday rnorning an okl woman sat in the Michigan Central station wiping the tears from her eyes. It was nobody's business in particular to inqnire whcther she had fallen lieir to a million dollars or was traveling througb Bfe with a broken heart, but one cèrtain man stepped forward after a time and made some inquiries. Tiien he passed around among the crowd and said: "Gentlemen, here is a poor old an wiio wanis to gei to uoi jiudus 10 ner friends. Let's take up a collection." In the course of four or live minutes a purse of $3 was made up. but when be liad counted it, the man said: "Gentlemen, let's chip in enough more to buy her a new dress. I'm a poor man; but here's a quarter for the old lady.!1 The purse wasiow increased to nearIy $7, and the woman had just pocketed the money when a man stepped forward and said to the collector of the purse: "Why, Banks isthisyon?" "Of course it is." "And that woman isyour own wife?" "Well, Mr. Knickorbocker," replied the man as he buttoñed his coat, "it's a mighty mean man who won't chip in a quarter to buy his own wife a dress and ïelp her off on a visit!"