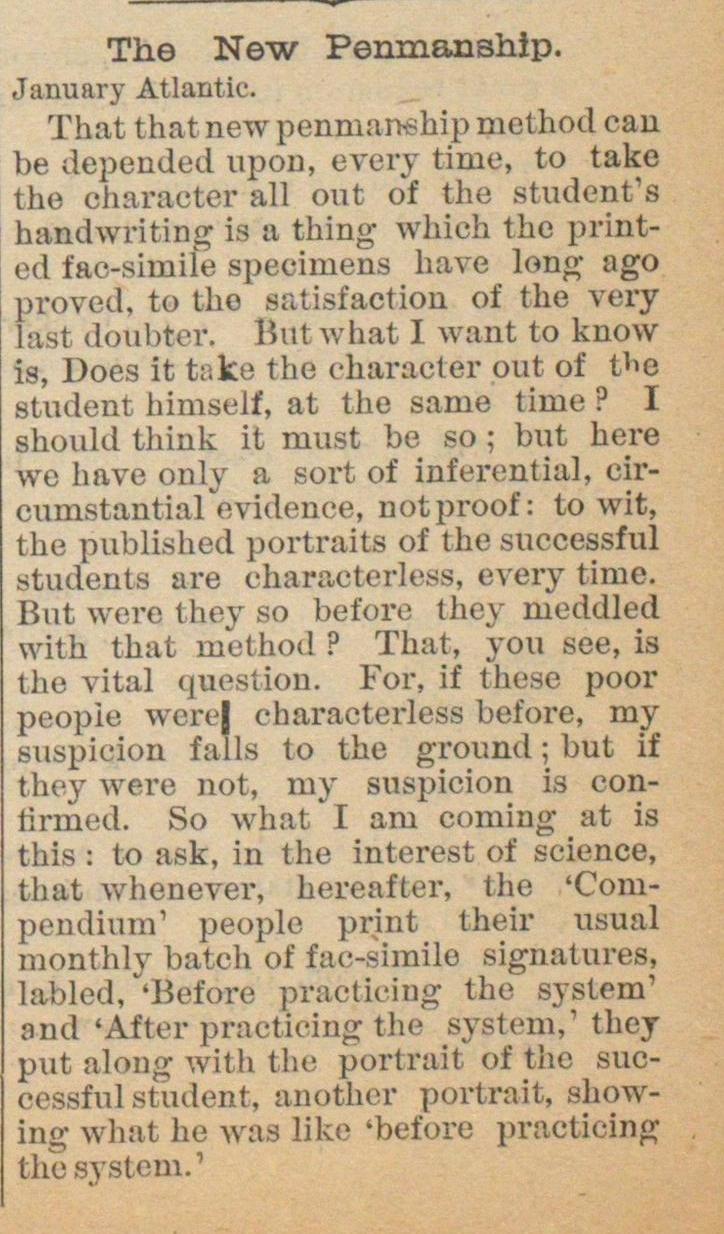 That that newpenmaiwnip meinou eau be depended upon, every time, to take the charaeter all out of the student1 handwriting is a thing whieh the printed fae-simile specimens have long ago proved. to tho satisfaction of the very last doubter. Butwhat I want to know is, Does it take the character out of te student himself, at the same time ? I should think it must be so ; but here we have only a sort of inferential, circumstantial evidence, notproof : to wit, the published portraits of the successful studente ure charaoterless, every time. But were they so before tliey meddled with that method ? That, you see, is the vital question. For, if these poor peopie werel characterless before, m_y suspieion falls to the ground ; but if thev were not, mv suspieion is firmed. So what I aru coming at is this : to ask, in the interest of science, that whenever, heceafter, the 'Compendium' peoplo print their usual monthly batch of fac-similo signatures, labled, 'Befóre practicing the system' and 'After pracfiomg the system,' thej put along with the portrait of the sucoessful student, another portrait, showin;- wliai he was like 'before practicing . tho system.'