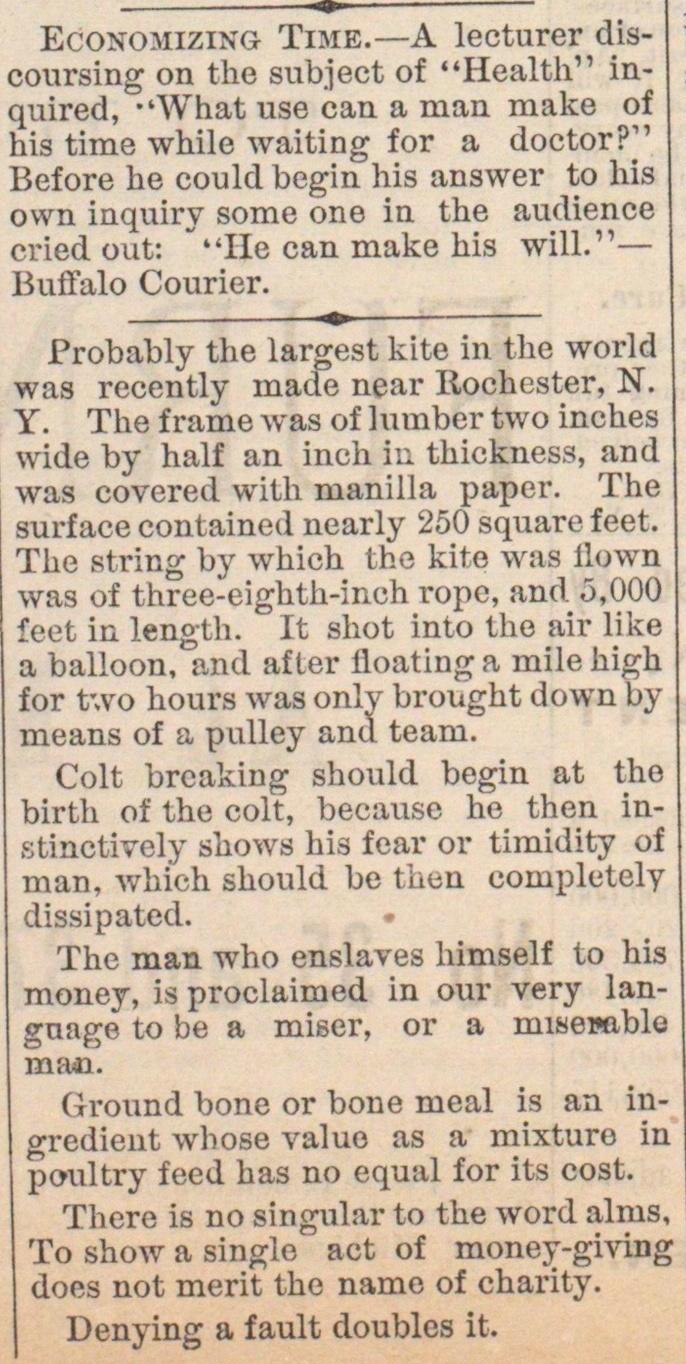 -A lecturer coursing on the subject of "Health" ïnquired, -'What use can a man make of his time while waiting for a doctor?" Before he could begin his answer to his own inquiry some one in the audience cried out: "He can make his wilt" - Buffalo Courier. Probably the largest kite in the world was recently made near Itochcster, N. Y. The frame was of lumber two inches wide by half an inch iu thickness, and was covered with manilla paper. The surf ace contained nearly 250 square feet. The string by which the kite was ilown was of three-eighth-inoh rope, and ö,000 feet in length. It shot into the air like a balloon, and af ter floating a mile high for t.vo hours was only brought down by means of a pulley and team. Colt brcaking should begin at the birth of the colt, beeause he then instinctively shows his feav or timidity of man, which should be tiien completely dissipated. The man who enslaves himself to his money, is proclaimed in our very langnage to be a miser, or a miserable maíi. (round bone or bone meal is an ingrediënt whose valuó as a mixture in paultry feed has no equal tor lts cost. There is no singular to the word alnis, To show a singlo act of money-giving does not merit the name of charity. Denying a fault doubles it.