The House To Blame 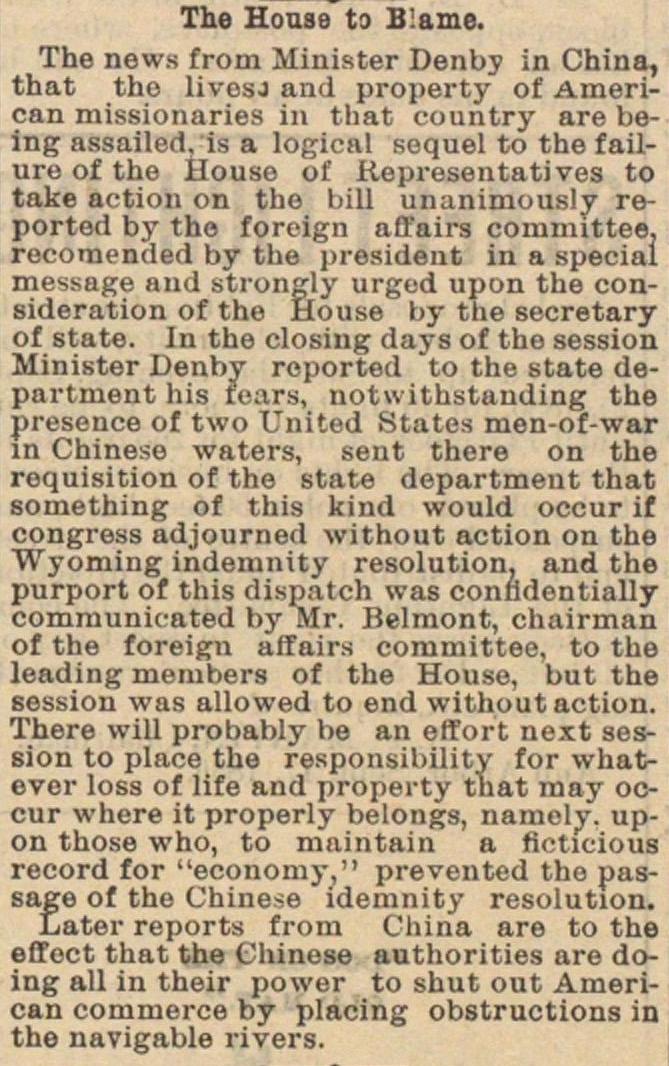 The news from Minister Denby in China, that tho HvesJ and property of American missionaries in that country are being assailed, is a logical sequel to the failure of the ílouse of Representatives to take action on the bill unanimously reported by the forcign affairs comnuttee, recomended by the president in a special message and strongly urged upon the consideration of the House by the secretary of state. In the closiug days of the session Minister Denby roported to the state department his tears, notwithstauding the presence of two United States men-of-war in Chinese waters, sent there on the requisition of the state department that something of this kind would occur if congress adjourned without action on the Wyoming indemnity resolution. and the purport of this dispatch was conndentially communicated by Mr. Belmont, chairman of the foreign affairs committee, to the leading members of the House, but the session was allowed to end without action. There will probably be an effort next session to place the responsibility for whatever loss of life and property that may occur where it properly belongs, namely. upon those who, to maintain a ficticious record for "economy," prevented the passage of the Chinese idemnity resolution. Later reports from China are to the effect that the Chinese authorities are doing all in their power to shut out American commerce by placing obstructions in the navigable rivers.