An Iron In The Fire 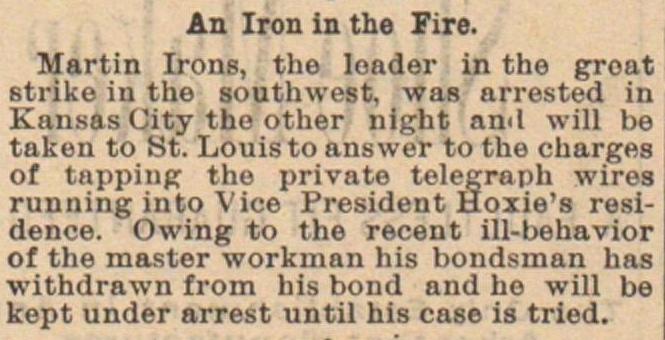 Martin Irons, the loader in the groat strike in the Southwest, was arrested in Kansas City the other night anl will be taken to St. Louis toanswer tothe charges of tappiug the private telegraph wires running into Vice President Hozie's residenoe. Owing to the recent ill-behavior of the master workinan his bondsman has withdrawn from his bond and he will be kept under arrest until his case is tried.