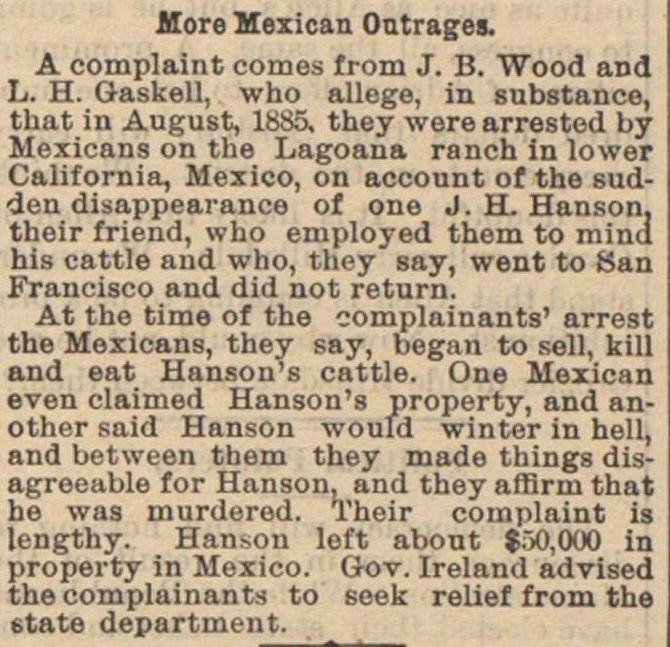 A complaint comes trom J. B. Wood and L. H. Gaskell, who allego, in substance, that in August, 1885, they were arrested by Mexicana on the Lagoana ranch in lower California, Mexico, on account of the sudden disappearance of one J.H. Hanson, their friend, who employed them to mina his cattle and who, they say, went to San Francisco and did not return. At the time of the complainants' arrest the Mexicans, they say, began to sell, kill and eat Hanson's cattle. One Mexican even claimed Hanson's property, and another said Hanson would winter in heil, and between tliom they made things disagreeable for Hanson, and they affirm that he was murdered. Their complaint is lengthy. Hanson left about $30,000 in property in Mexico. Gov. Ireland advised the complainants to seek relief f rom the state department. _