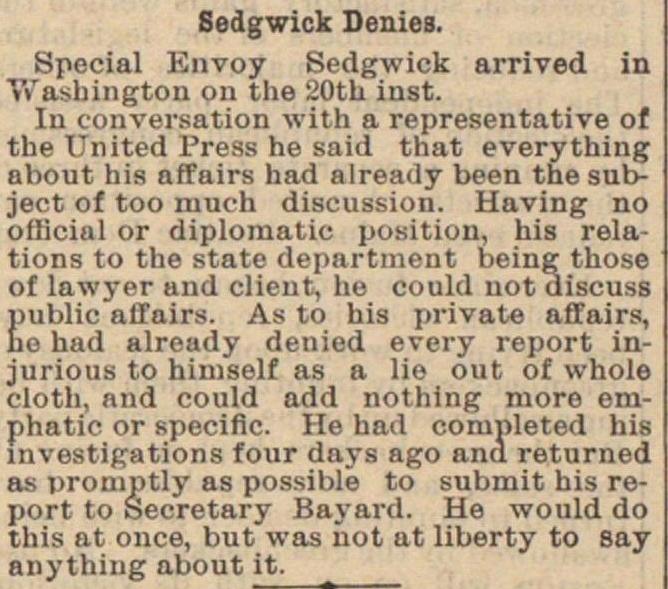 Special Knvoy Sedgwick arrived in Washington on tlie 20tu iust. In conversation wlth a representative of the United Press he said tnat everything about his affairs had already been the subject of too much discussion. Having no oflicial or diplomatic position, his relations to the state department being those of lawyer and clieut, he could uot uiscuss public allairs. As to his private affairs, te had already denied every report injurious to himself as a lie out of whole cloth, and could add nothing more emphatic or speciflc. He had completed his investiga tions four days ago and returned as promptly as possible to submit his report to Secretary Bayard. He would do this at once, but was not at liberty to Bay anything about it.