A Woman And Two Girls Killed 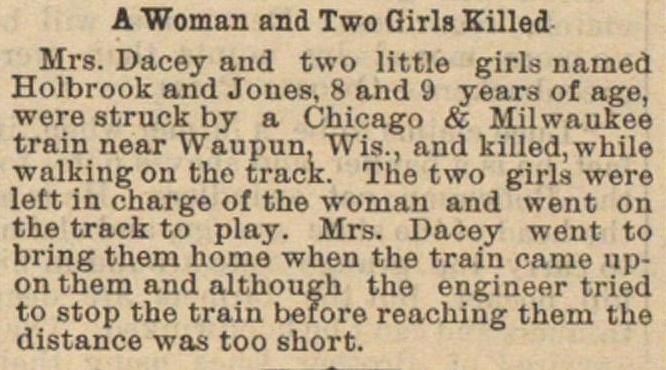 Mrs. Dacey and two little girls named Holbrook and Jones, 8 and 9 years of age, were struck by a Chicago & Milwaukee train near Waupun, Wis., and killed, while wnlking on the track. The two girls were lett in charge of the woman and went on the track to play. Mrs. Dacey went to bring them home when the train came upon them and although the engineer tried to stop the train before reachiug them the distance was too short.