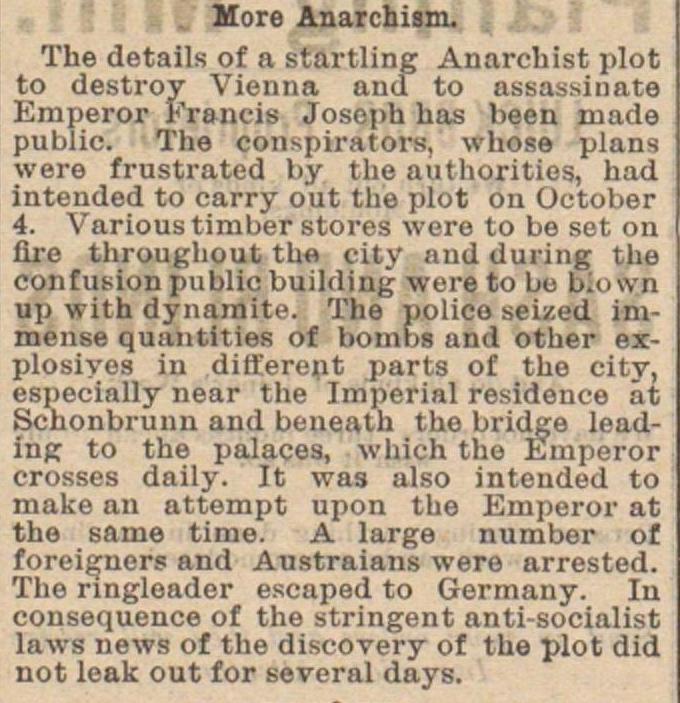 Ihe details of a startling Anarchist plot to destroy Vienna ana to assassinate Emperor Franeis Josoph has been made public. The eon-.pir.uors, whose plans were frustrated by the authoritios, had intended to carry out the plot on October 4. Various timber stores were to be set on fire throughout th city audduring the confusión public building were to be biovyn up with dynamiti'. The polico seized immense quantities of bornes and other explosiycs in different parts of the city, cs]ecially near the Imperial residence át Schonbrunn and beneath the bridge leadíng to the palaces, which the Lmperor crosses daily. It was also intended to mak! au at tempt upon the Emperor at the same time. A large number of foreigners and Austraians were arrested. The ringleader escaped to Germany. In consequence of the stringent anti-socialist laws news of the discovery of the plot did not leak out for several days.