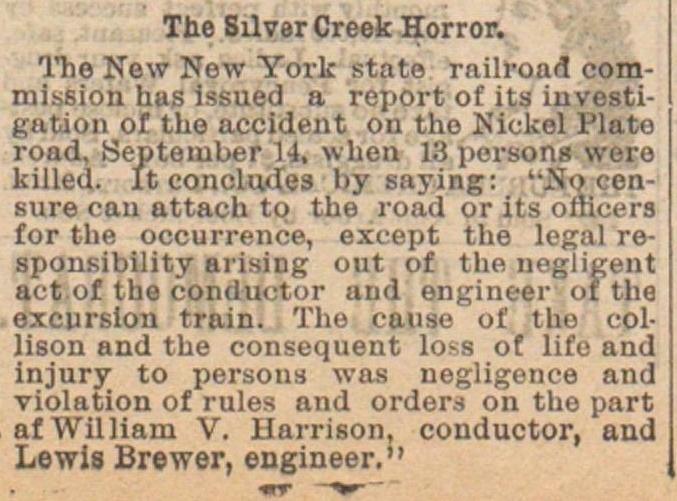 The New New York state railroad commission hus issued a report of its investigation of tho accident on the Nickel Plato road, September 14, wkea 18 persona were killed. It concludes by snyinR: S censiire can attacli to the road or its o mee ra for the occurrence, except the legal responsibility arising out oL the ueglieent act of the conductor and engineer of the excursión train. The cause of tho collison and the consequent loss of life and injury; to persona was negligence and violation of rules and orders on the part afWilliam V. Uarrison, conductor, and Lewi8 Brewer, engineer."