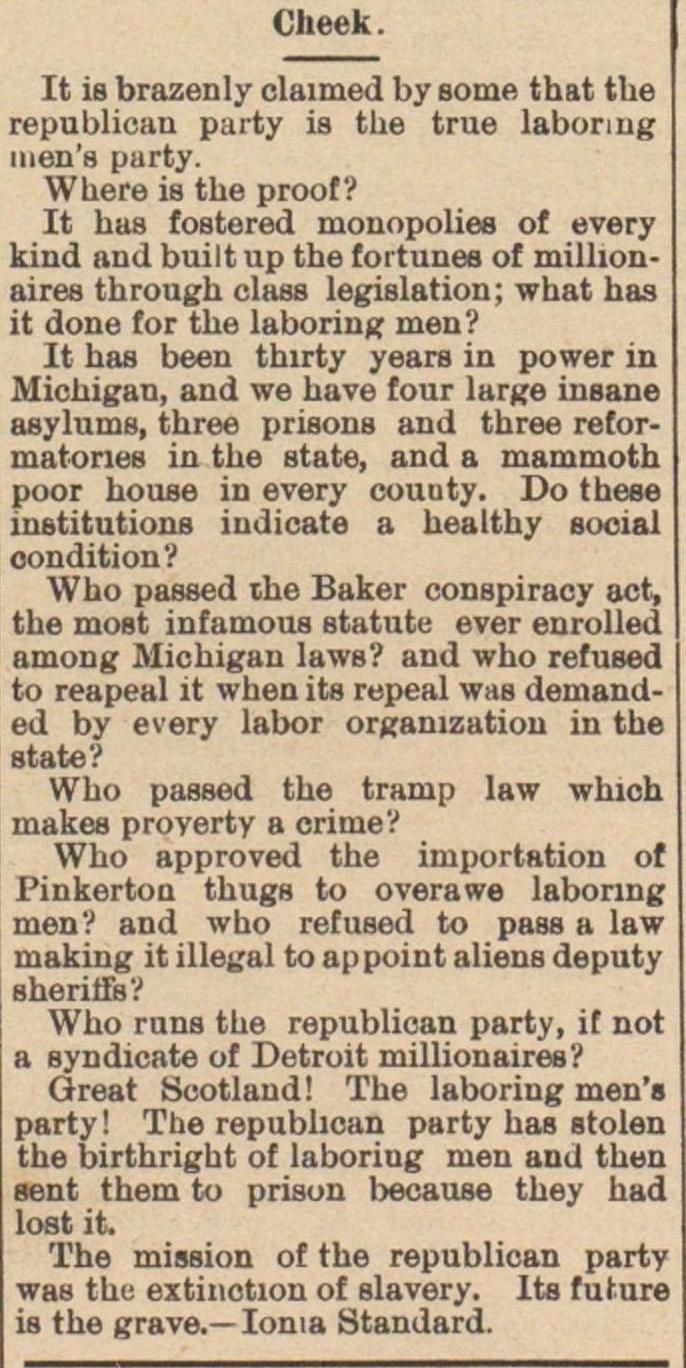 It is brazenly claimed by sotue tbat tbe epublicau party is the true labormg nen's party. Wtiere is the proof? It has fostered monopolies of every dnd and built up the fortunes of milhonlires through class legislation; what has t done for the la boring men? It has been thirty years in power in Michigan, and we have tour large insane asylums, three prisons and three reformatorias in the state, and a mammoth oor house in every couuty. Do these nstitutions indícate a healthy social oondition? Who passed the Baker conspiracy act, ihe most infamous statute ever enrolled imong Michigan laws? and who refused o reapeal it wben its repeal was demanded by every labor orgamzation in the state? Who passed the tramp law which inakes proverty a crime? Who approved the importation of Pinkerton thugs to overa we labormg men? and who refused to pass a law making it illegal to appoint aliena deputy sheriffs? Who runs the republican party, if not a syndicate of Detroit millionaires? Great Scotland! The laboring men's party! The republican party has stolen the birthrigbt of laboring men and then sent them to prison because they had lost it. The mission of the republican party was tin: extinction of slavery. lts future is the grave.- loma Standard.