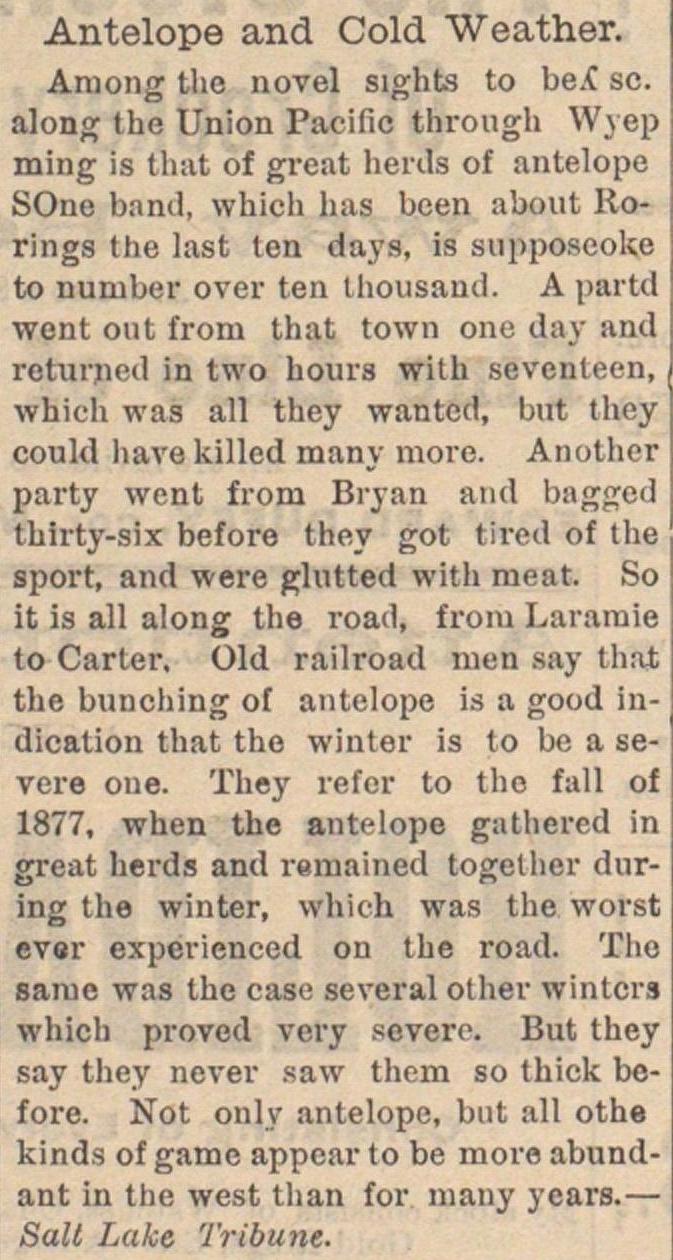 Aniong the novel sights to be.{ se. along the Union Pacific through Wyep ming is tluit of great herds of antelope SOne bantl, which has been about Korings the last ten days, is supposcoke to nuruber over ten thousaad. A partd went out from that town one day and returped in two hours with seventeen, whicli was all they wantod, but they could have killed many more. Another party went from Bryan and bagged thirty-six before they got tired of the sport, and were glutted with meat. So it is all along the road, from Laramie to Carter, üld railroad men say lli.it the bunching of antelope is a good indication that the winter is to be a severe one. They refcr to the f all of 1877, when the antelope gathered in great herds and remained together during the winter, which was the worst evor experienced on the road. ïlio same was the case several other winters which provecí very severo. But they say they never saw them so thick before. Not only antelope, but all othe kinds of game appear to be more abundant in the west than for inany years. -