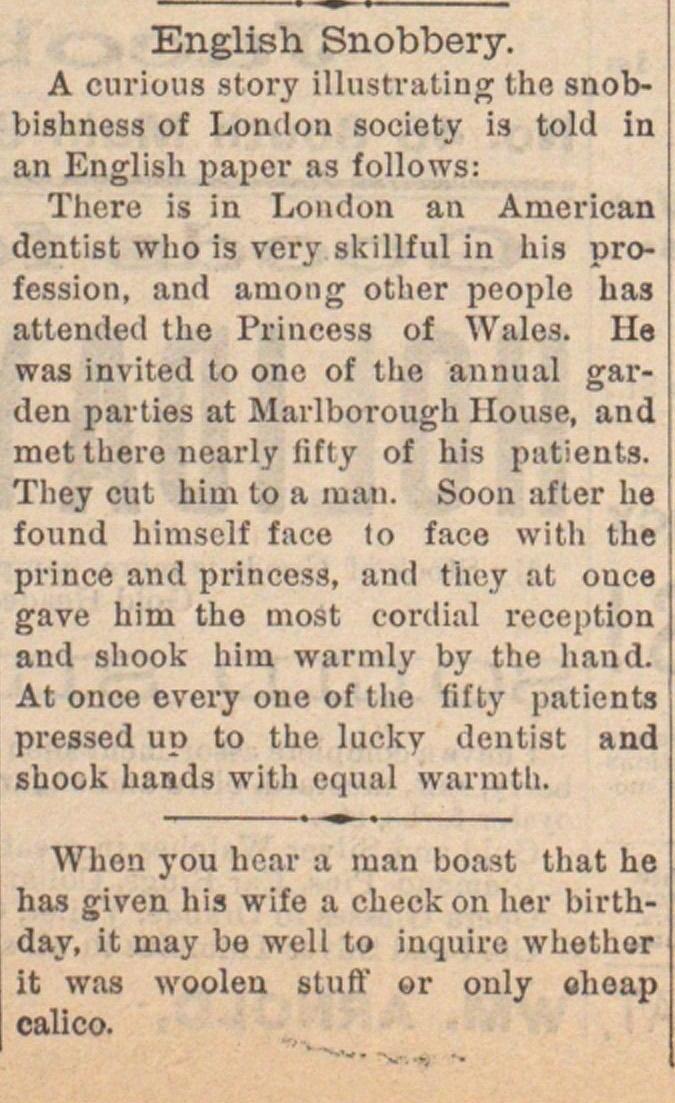 A curious story iUuBtrating the snobbishness of London society is told in an English paper as follows: Thore is in London an American dentist who is very skillful in lus profession, and arnong other peoplc has attendüd the Psincess of Wales. He was invited to one of the annual garden parties at Marlborough House, and met thero nearly fifty of his patients. They cut him to a man. Soon after he found himsclf face to face witli tlie prince and princesa, and ftfey at ouce gave him tho most cordial reception and sliook hira warmly by the hand. At once every one of the iifty patients pressed up to the lucky dentist and sbook hands vvith eqnal warmth. Whon you bear a man boast tliat he has given his wife a check on her birthday, it may ba well to nquire whethor it was woolen stuft' er only ehoap calicó.