Preservation Of The Dead 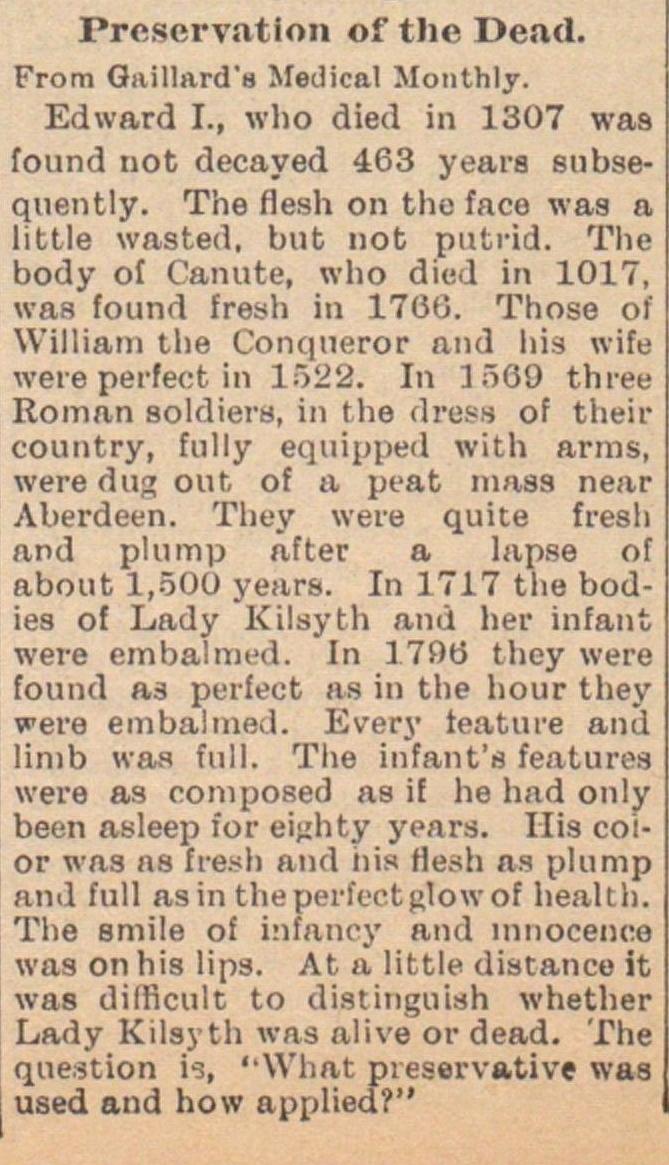 Edward I., who died in 1307 was found not decayed 463 yeara subsequently. The flesh on the face was a little wasted, but not putrid. The body oí Canute, who died in 1017, was found fresh in 17(50. Those of William the Conqueror and his wife were perfect in 1522. In 1500 three Roman soldiere, in the dresa of their country, fully equipped with arms, were dug out, of a peat mass near Aberdeen. They were quite fresh and plump af ter a lapse of about 1,500 years. In 1717 the bodies of Lady Kilsyth and her infant were embalmcd. In 1706 they were found a3 perfect as in the hour they were embalmed. Ev-ery teature and linib was f n II. Tlie infant's features were as composed as if he had only been asleep ior eijihty years. Ilis coior was as fie.sh and iiis flesh as plump and f uil as in the perfect glow of health. The emile of infancy and innocence was on his lips. At a little distance it was dilficult to difitingulsh whether Lady Kilsyth was alive or dead. The question i, "What pieservative was used and how applied?"