Origin Of The Negro 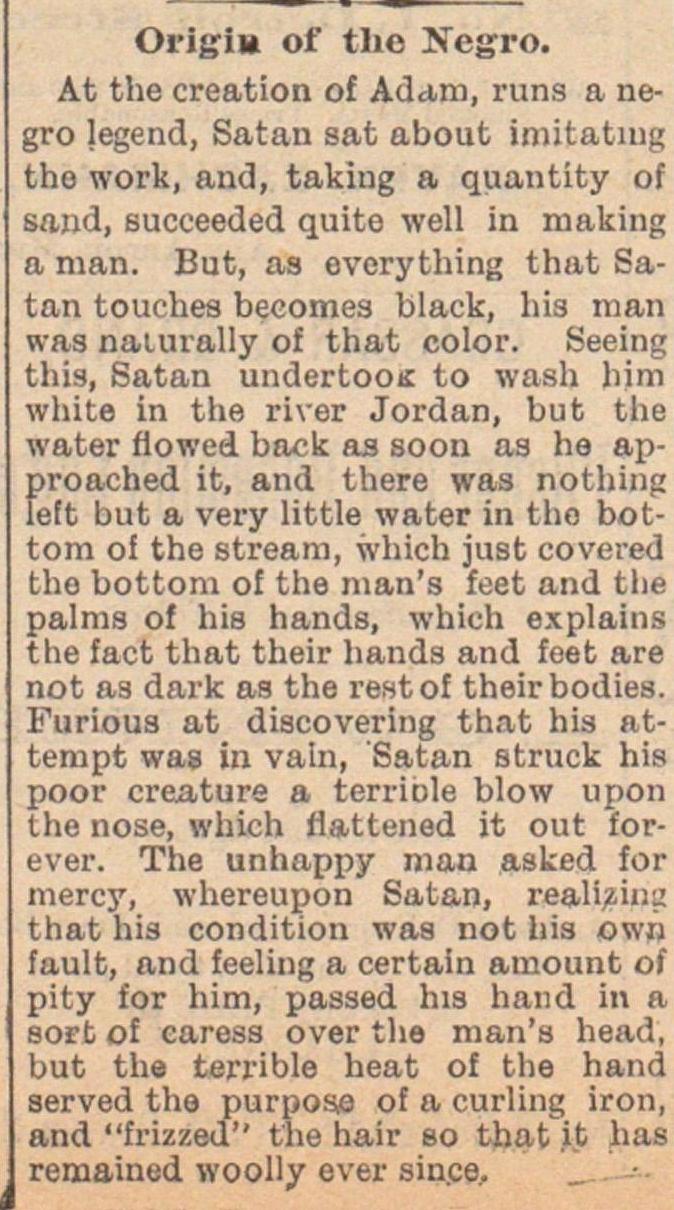 At the creation of Adam, runs a negro legend, Satan sat about imitatiug tho work, and, taking a quantíty of sand, eucceeded quite well in making a man. But, as evcrything that Satan touches beeomes black, his man was naiurally of that color. Seeing this, Satan undertoon to wash hjm white in the river Jordán, but tlie water flowed bock as soon as he apÍroached it, and there was nothing eft but a very little water in tho bottom oí the stream, which just covered tho bottom of the man's feet and the palms of his hands, which explains the fact that their hands and feet are not as dark as the rest of their bodies. Furious at discovering that his attempt was in valn, Satan struck his poor creature a terriole blow upon the nose, which iiattened it out forever. The unhappy man asked for mercy, whereupon Satan, realiin that his condition was not his own fault, and feeling a certain aniount of pity for him, passed his hand in a sor t of caress over the man's head, but the terrible heat of the hand served the purpoi of a curling iron, and "frizzed" the hair so that it has remained woolly ever sin.ce,