Americans Get A Slice 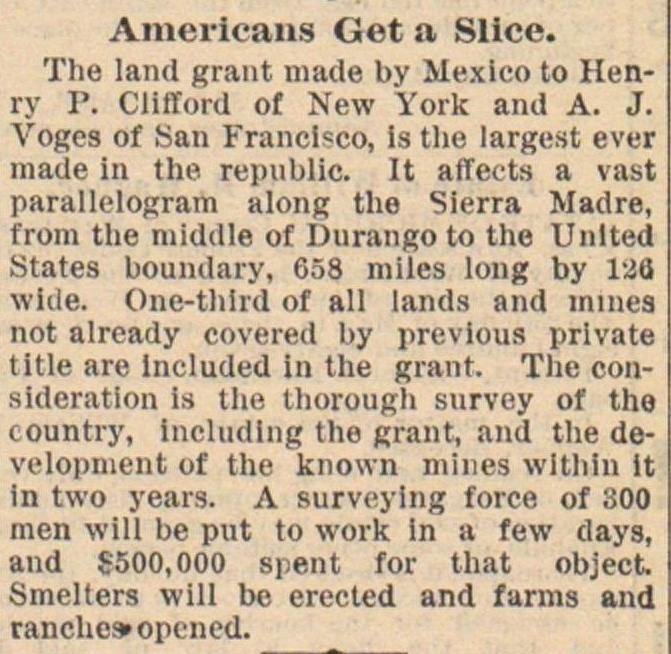 The land grant made by Mexico to Henry P. Clifford of New York and A. J. Voges of San Francisco, is the largest ever made in the republic. It affects a vast parallelogram along the Sierra Madre, from the middle of Durango to the United States bouiulary, 658 miles long by 126 wlde. One-thlrd of all lands and mines not alrcady covered by prevlous private title are ineluded in the grant. The consideration is the Uiorough survey of the country, Including the grant, and the developinent of the known mines within lt in two years. A survoying forcé of 300 men will be put to Work In a few days, and L500,000 spent for that object Smelters will be erected and farms and ranchestopcned.