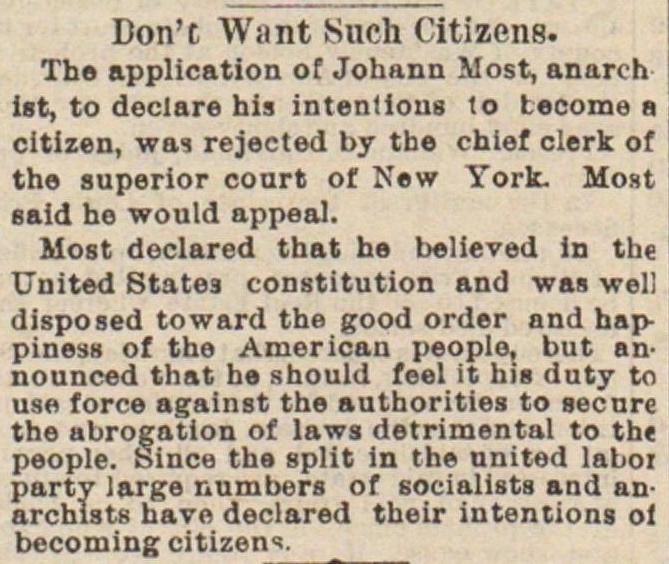 The application of Johann Most, anarch ist, to declare his intenlious lo tacóme a Citizen, was rejected by tbe chief clerk of the superior court of New York. Most 8aid be would appeal. Most declared tbat be believed in the United States constitution and was wel! disposed toward tbe good order and happines of the American people, but announced that he should feel t bis duty tn use forre against tbe authorities to secure the abrogation of laws detrimentul to the people. Sinca the split in the nnited labo: party large nnmbers of socialista and au archlsts harn declared their intentions ol becoming citizens.