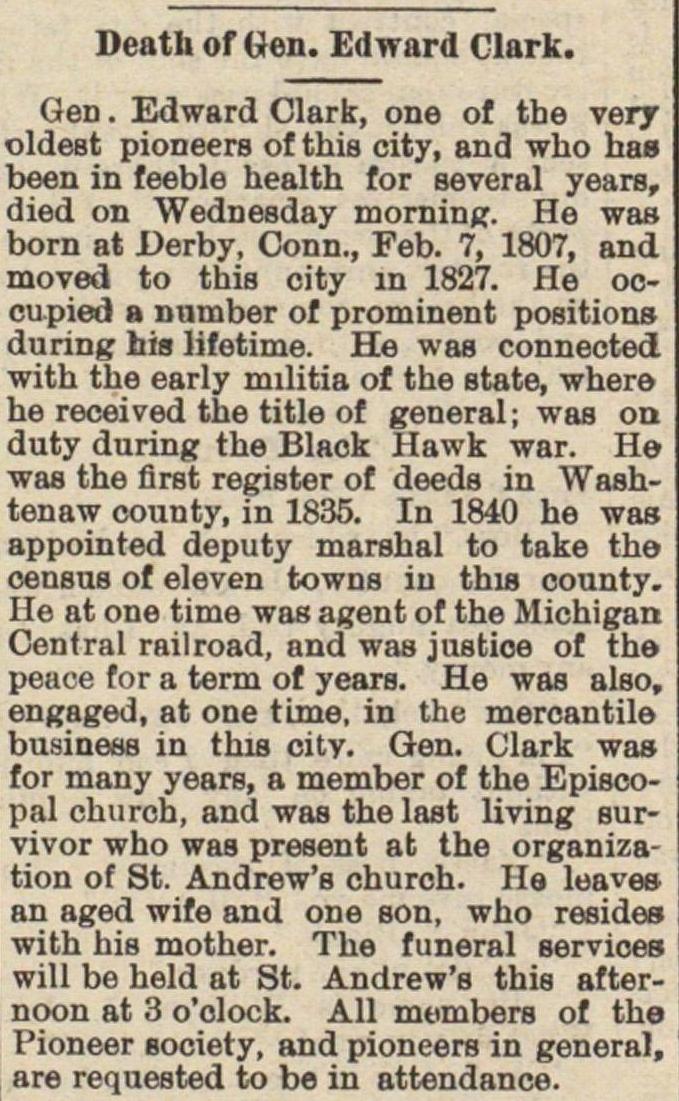 Gen . Edward Clark, one of the very ldest pioneers of thia city, and who has een in feeble health for several years, died on Wednesday morning. He was bom at Derby, Conn., Feb. 7, 1807, and moved to this city in 1827. He occupied a nnmber of prominent positions duríng bis lifetime. He was connected with the early militia oí the state, where ie received the title of general; was oa duty during the Black Hawk war. He vas the first register of deeds in Wash;enaw county, in 1835. In 1840 he was appointed deputy marshal to take the sensus of eleven towns iu this oounty. !Ie at one time was agent of the Michigan üfintral railroad, and was justice of the jeace for a term of years. He was also, sngaged, at one time, in the mercantilO lusiness in this city. Gen. Clark was for many yeare, a member of the Episcopal churcb, and was the last living surcivor who was present at the organiza tion of St. Andrew's church. Ha luaves an aged wife and one son, who resides with bis mother. The funeral services will be beid at St. Andrew's this afternoon at 3 o'olock. All mumbers of the Pioneer society, and pioneers in general, are reqnested to be in attendance.