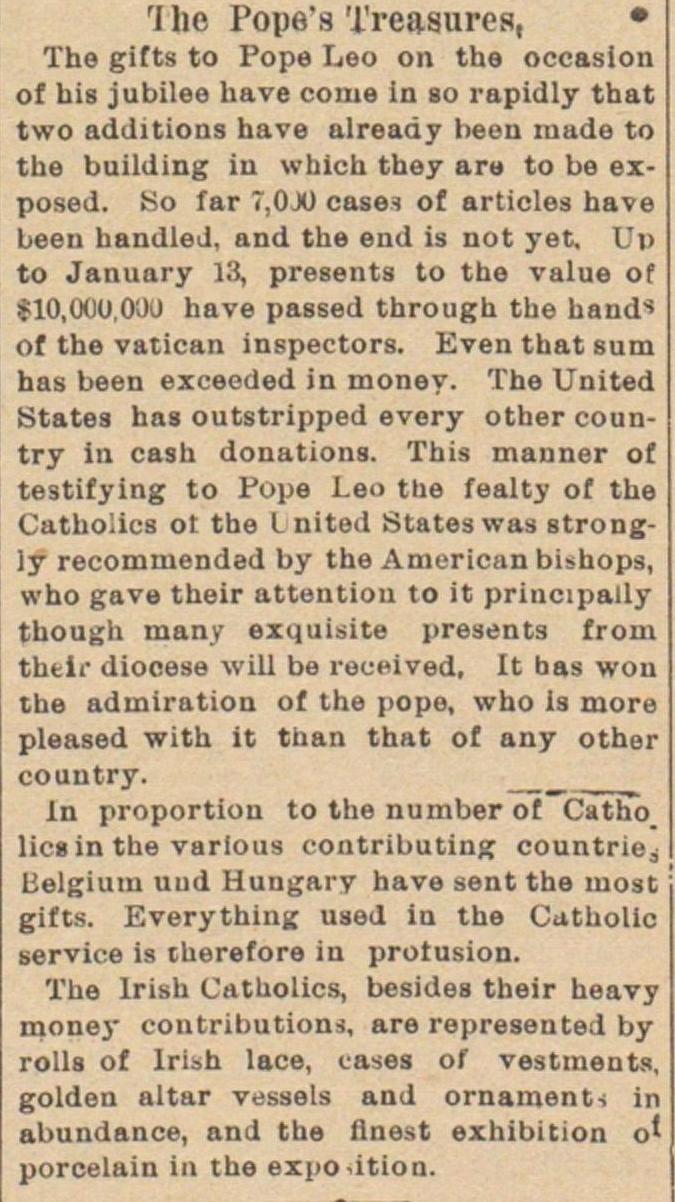 The giTts to Pope Leo on the occasion of bis jubilee have come in so rapidly that two additions have ulreaiiy beon made to the building in which thoy are to be exposed. So lar T,0JU cases of articles have been handled, and the end is not yet. Ui) to January 13, presents to the value of $10,000,0;)0 have passed through the hand1 of the vatican inspectors. Even that sum has been exceeded in money. The United States has outstripped every other country in cash donations. This manner of testifying to Pope Leo the fealty of the Cathoiics ot the L nited States was strongly recommended by the American bishops, who gave their attentiou to it principally though many exquisite presents from thi.li' diocese will be recmved, It bas won the admiration of the pope, who Is more pleased with it than that of any other country. In proportion to the number ol Catho lic in the various contributing countrie Belgium uud Hungary have sent the most gifts. Everything used in the Catholic service is iherefore in protusion. The Irish Cathoiics, besides their heavy money eontributioni, are represented by rolls of lriüh lace, cases of vestments, golden altar vessels and ornament, in abundance, and the llnust exhibition o' porcelain in the expo -ition.