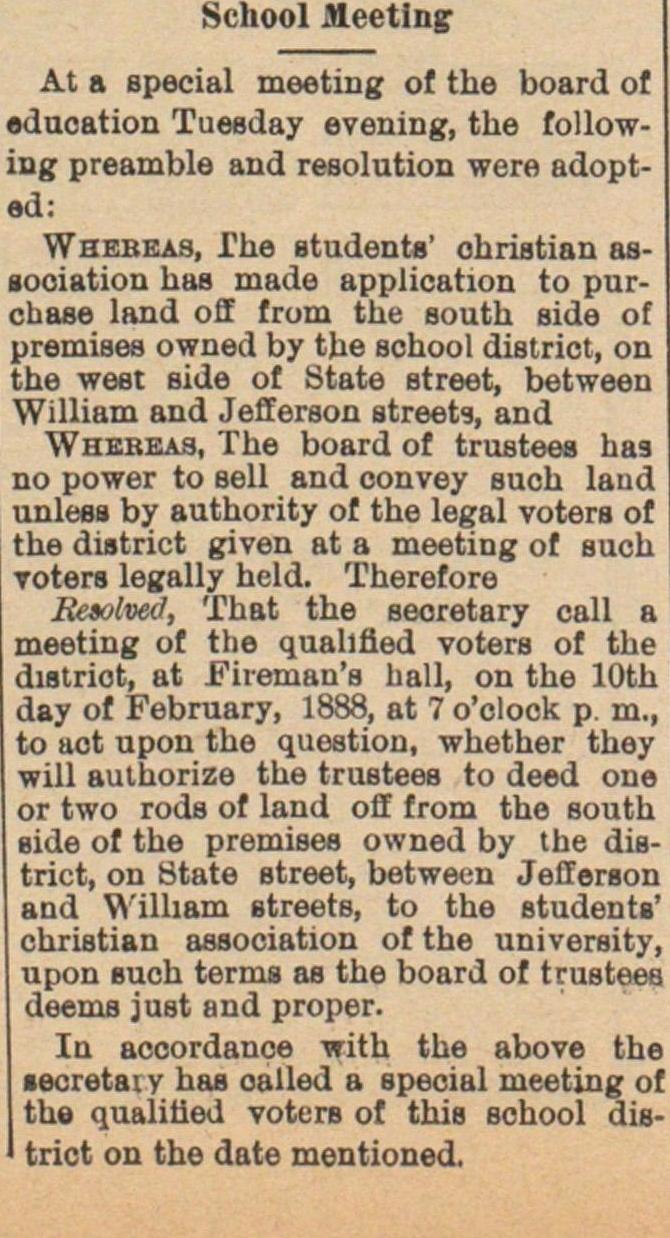 At a special meeting of the board of eJucation Tuesday eveniug, the followiag preamble and resolution were adopted: YVhebeas, Ihe studente' ohriatian assoeiation has made application to parchase land off from the south side of premiaes owneil by the school district, on the west aide of State street, between William and Jefferson streets, and Whereas, The board of trustees has no power to sell and convey such land unless by authority of the legal voters of the district given at a meeting of such Toters legally held. Therefore Besolved, That the seoretary cali a meeting of the quahfled voters of the district, at fireman's hall, on the lOth day of February, 1888, at 7 o'clook p. m., to act upon the question, whether they will authorize the trustees to deed one or two rods of land off from the south side of the premises owned by the district, on State street, between Jeüerson and William streets, to the studenta' christian association of the university, upon such terms as the board of trustees deerns just and proper. In accordance with the above the Iiecretaiv has oalled a special meeting of the qualiüed voturs ot this school district on the date mentioned.