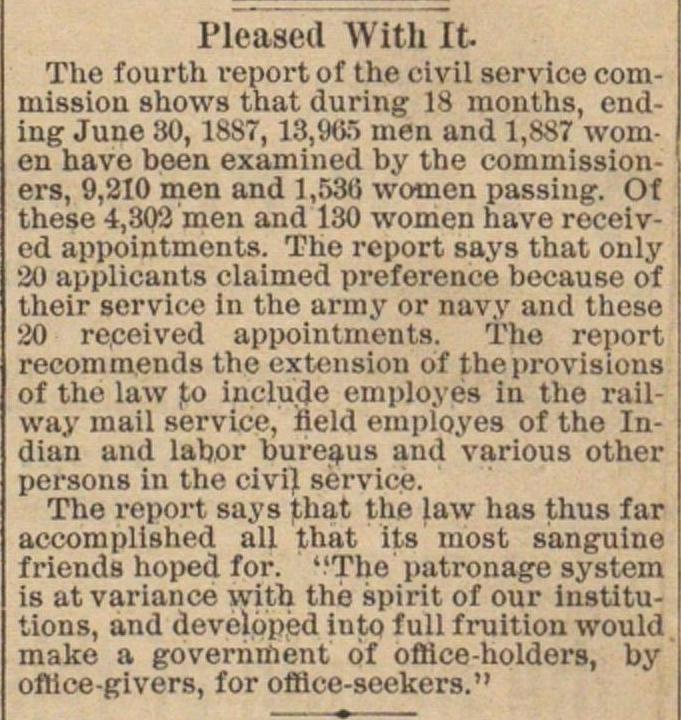 The fourth report of the civil service commission shows that durlng 18 months, ending June 80, 1887, 18,965 inoii and 1,887 women have been examined by the commissioners, 9,210 men and 1,686 wotnen passing. Of these 4,303 men and 130 women have recelved appointments. The report says that only 30 applicants claimed preference because of their service in the anny or navy and these 30 received appomtmonts. The report recommend.s the extensión of the provisión of the law f,o include employés in the railway mail service, Meld employés of the Indian and labor bureaus and various other persons in the civi) service. The report says ]that the law has thus far accomplished all that its most sanguine friends hoped for. "The patronage system is at variance with thè spirit of our institutions, and develópèd iuto full fruition would make a government óf oftice-holders, by oftlce-givers, for oftlce-seekers."