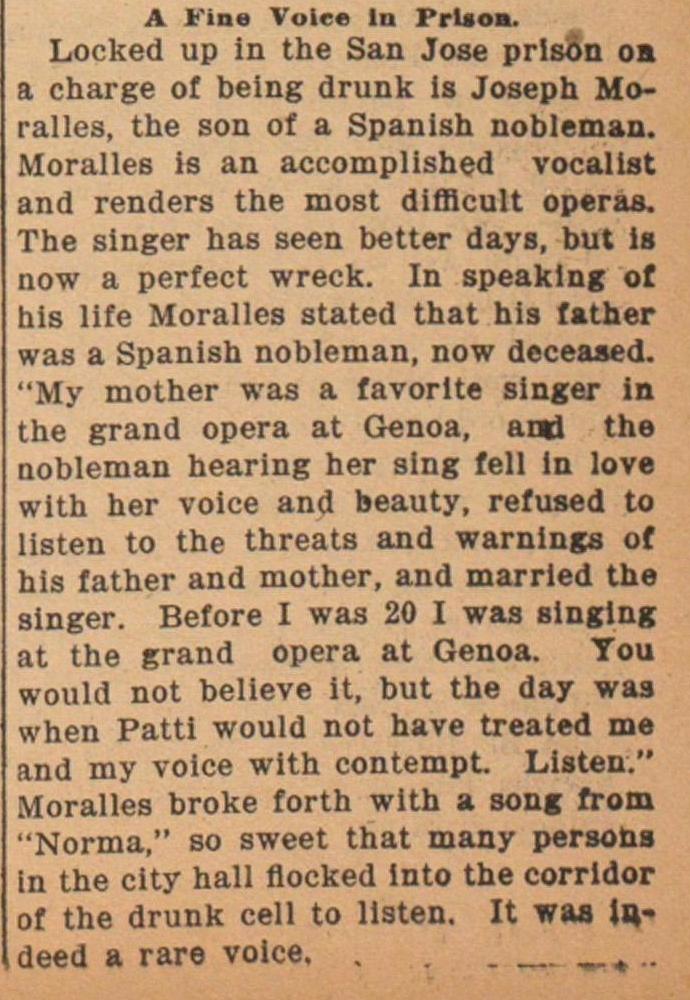 Locked up in the San José prlson oa a charge of being drunk is Joseph Moral les, the son of a Spanish nobleman. Moral les is an accomplished vocalist and renders the most difflcult operas. The singer has seen better days, but is now a perfect wreek. In speaklng of his life Moralles stated that his father was a Spanish nobleman, now deceased. "My mother was a favorlte singer in the grand opera at Genoa, a ui the Qobleman hearing her slng feil in love with her voice and beauty, refused to listen to the threats and warnlngs of his father and mother, and married the singer. Before I was 20 I was singlng at the grand opera at Genoa. Tou would not believe it, but the day was when Patti would not have treated me and my voice with contempt. Listen." Moralles broke forth with a song from "Norma," so sweet that many persona In the city hall flocked into the corridor of the drunk cell to listen. It waa indeed a rare volee. . . .