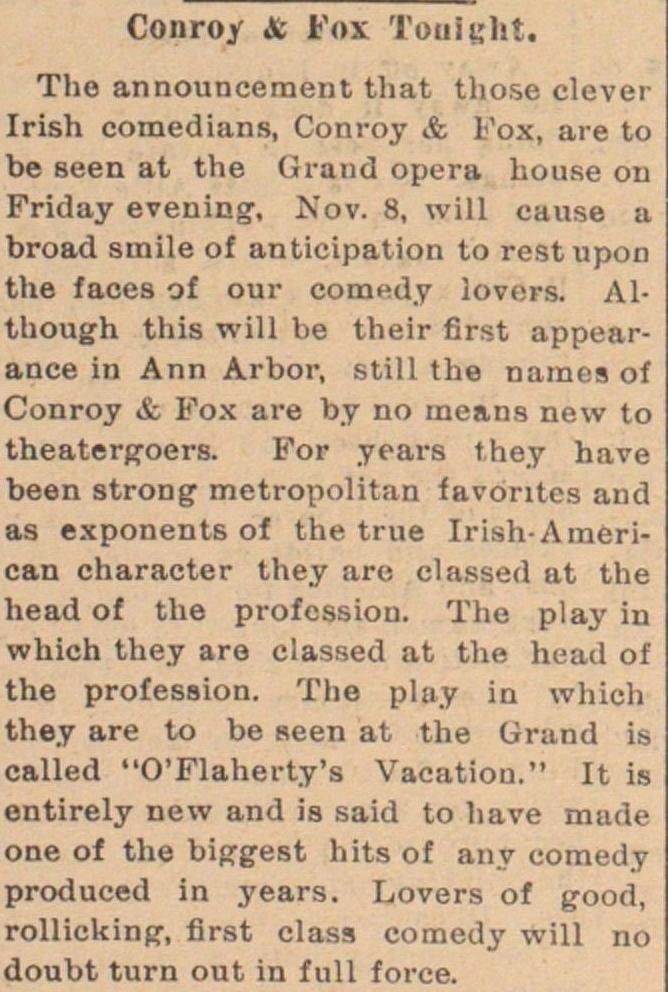 Tho announceraent tliat those clovei Irish comedians, Conroy & Fox, are to be seen at the (irand opera house on Friday evening1, Nov. 8, will cause a broad smile of anticipation to restupon the faces of our comdy lovers. Although this will be their first appearance in Ann Arbor, still the Dames of Conroy & Fox are by no means nevv to theaterpoers. For years they have been strong metropolitan favoritos and as exponents of the true IrishAmerican character they aro classed at the head of the profcssioo. The play in which they are classed at the heail of the profession. The play in whioh they are to be seen at the Grand is called "O'Flaherty's Vacatiou." It is entirely new and is said to have mude one of the bifjgest hits of any comedy produced in years. Lovers of gfood, rollickinp, first class comedy will no doubt turn out in full force.