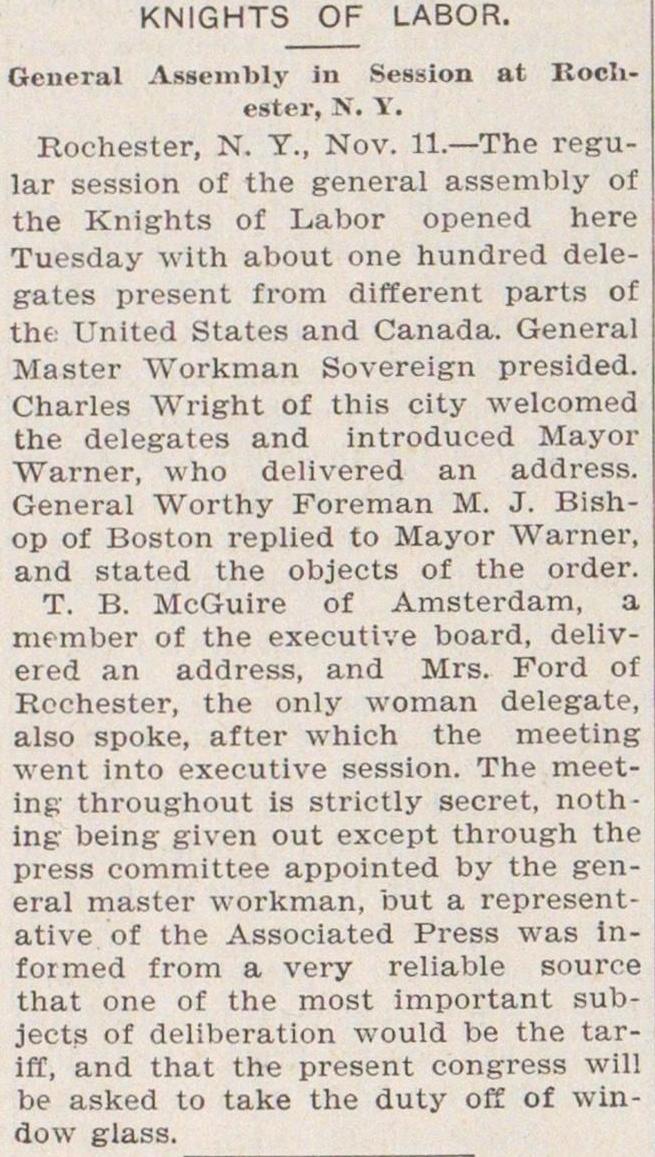 Rochester, N. Y., Nov. 11.- The regular session of the general assembly of the Knights of Labor opened here Tuesday with about one hundred delegates present from different parts of the United States and Canada. General Ma ster Workman Sovereign presided. Charles Wright of this city welcomed the delegates and introduced Mayor Warner, who delivered an address. General Worthy Foreman M. J. Bishop of Boston replied to Mayor Warner, and stated the objects of the order. T. B. McGuire of Amsterdam, a member of the executive board, delivered an address, and Mrs. Ford of Rochester, the only woman delégate, also spoke, after which the meeting went into executive session. The meeting' throughout is strictly secret, nothing being given out exeept through the press committee appointed by the general master workman, but a representative of the Associated Press was informed from a very reliable souroe that one of the most important subjects of deliberation would be the tariff, and that the present congress wil! be asked to take the duty off of window glass.