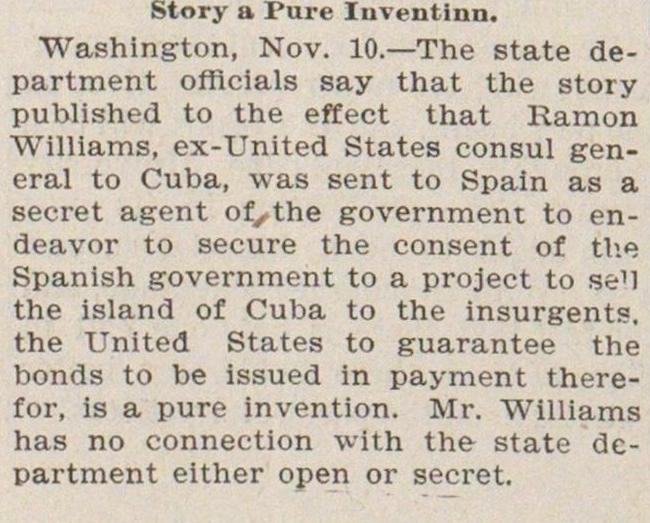 Washington, Nov. 10. - The state department officials say that the story pubiished to the effect that Ramón Williams, ex-United States consul general to Cuba, was sent to Spain as a secret agent of,the government to endeavor to secure the consent of th? Spanish government to a project to se'l the island of Cuba to the insurgente. the United States to guarantee the bonds to be issued in payment therefor, is a pure invention. Mr. Williams has no connection with the state department either open or secret.