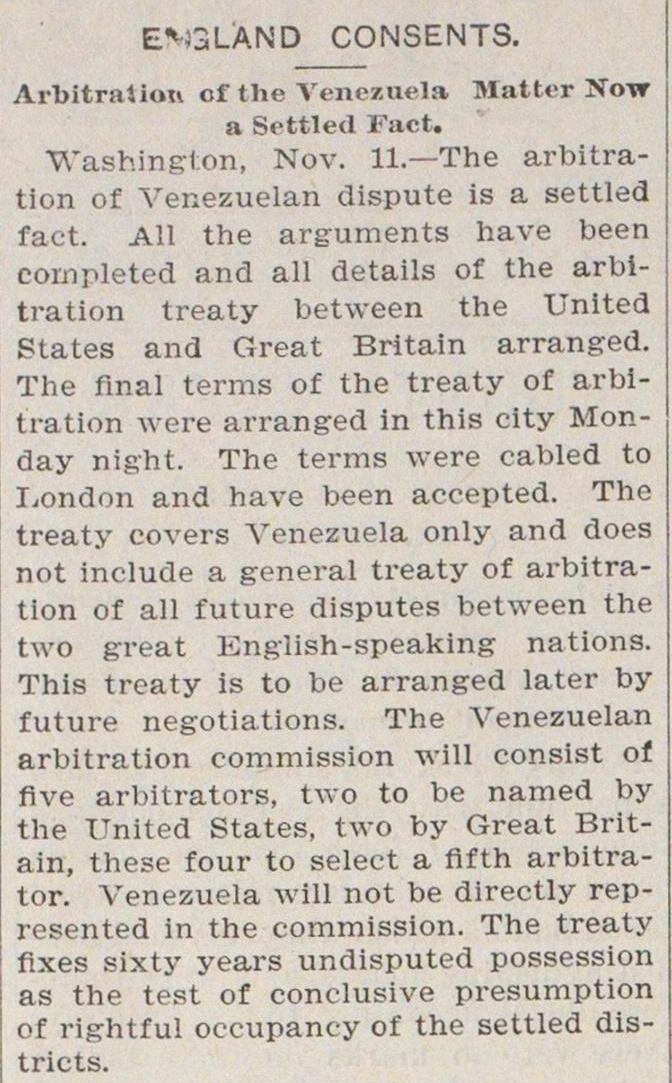 Washington, Nov. 11.- The arbitration of Venezuelan dispute is a settled fact. All the arguments have been cornpleted and all details of the arbltration treaty between the United States and Great Britain arranged. The final terms of the treaty of arbltration were arranged in this city Monday night. The terms were cabled to Iondon and have been accepted. The treaty covers Venezuela only and does not include a general treaty of arbitration of all future disputes between the two great English-speaking nations. This treaty is to be arranged later by future negotiations. The Venezuelan arbitration commission will consist oí five arbitrators, two to be named by the TInited States, two by Great Britain, these four to select a fifth arbitrator. Venezuela will not be directly represented in the commission. The treaty fïxes sixty years undisputed possession as the test of conclusive presumption of rightful occupancy of the settled districts.