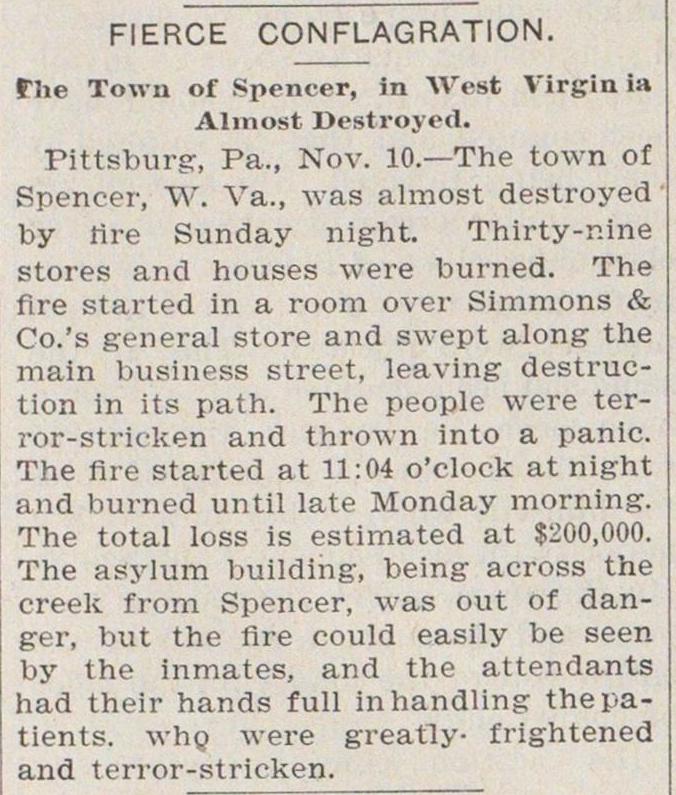 Pittsburg, Pa., Nov. 10.- The town of Spencer, W. Va., was almost destroyed ' by tire Sunday night. Thirty-r.ine stores and houses were burned. The fire started in a room over Simmons & Co.'s general store and swept along the main business street, leaving destruction in its path. The people were terror-stricken and thrown into a panic. The flre started at 11:04 o'clock at night and burned until late Monday morning. The total loss is estimated at $200,000. The asylura building, being across the creek from Spencer, was out of danger, but the flre could easily be seen by the inmates, and the attendants had their hands f uil inhandling thepatients. who were frightened and terror-stricken.