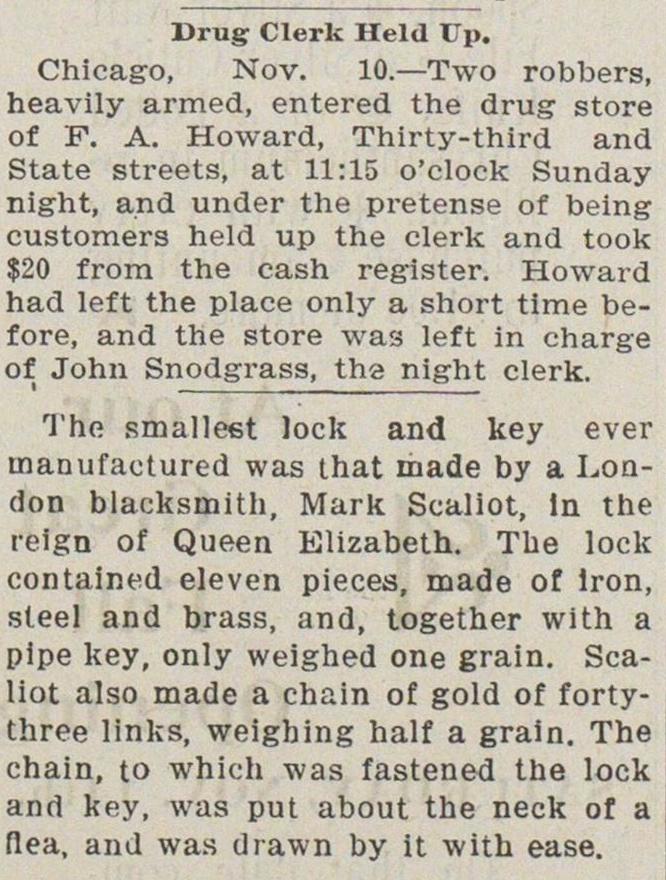 Chicago, Nov. 10. - Two robbers, heavily armed, entered the drug store of F. A. Howard, Thirty-third and State streets, at 11:15 o'cloek Sunday night, and under the pretense of being customers held up the elerk and took $20 from the cash register. Howard had left the place only a short time before, and the store was left in charge of John Snodgrass, tha night clerk. The smallest lock and key ever tnanufactured was that made by a Lon(ion blacksmith, Mark Scaliot, In the reign of Queen Elizabeth. The lock contained eleven piecea, made of lron, steel and brass, and, together with a pipe key, only weighed one grain. Scaliot also made a chain of gold of fortythree links, weigning half a grain. The chain, to which was fastened the lock and key, was put about the neck of a flea, and was drawn by it with ease.