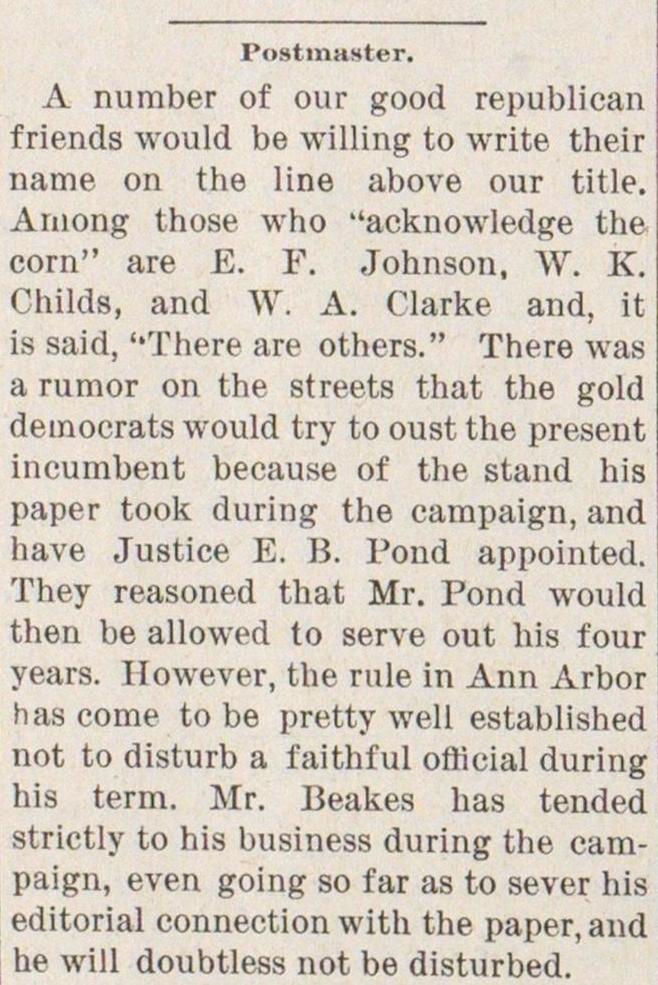 A number of our good republiean f riends would be willing to write their name on the line above our title. Among those who "acknowledge the corn" are E. P. Johnson, W. K. Childs, and W. A. Clarke and, it is said, '"There are others." There was a rumor on the streets that the gold deinocrats would try to oust the present ineumbent because of the stand his paper took during the campaign, and have Justice E. B. Pond appointed. They reasoned that Mr. Pond would then be allowed to serve out his four years. llowever, the rule in Ann Arbor has come tobe pretty well established not to disturb a faithful official during his term. Mr. Beakes has tended strictly to his business during the campaign, even going so far as to sever his editorial connection with the paper, and he will doubtless not be disturbed.