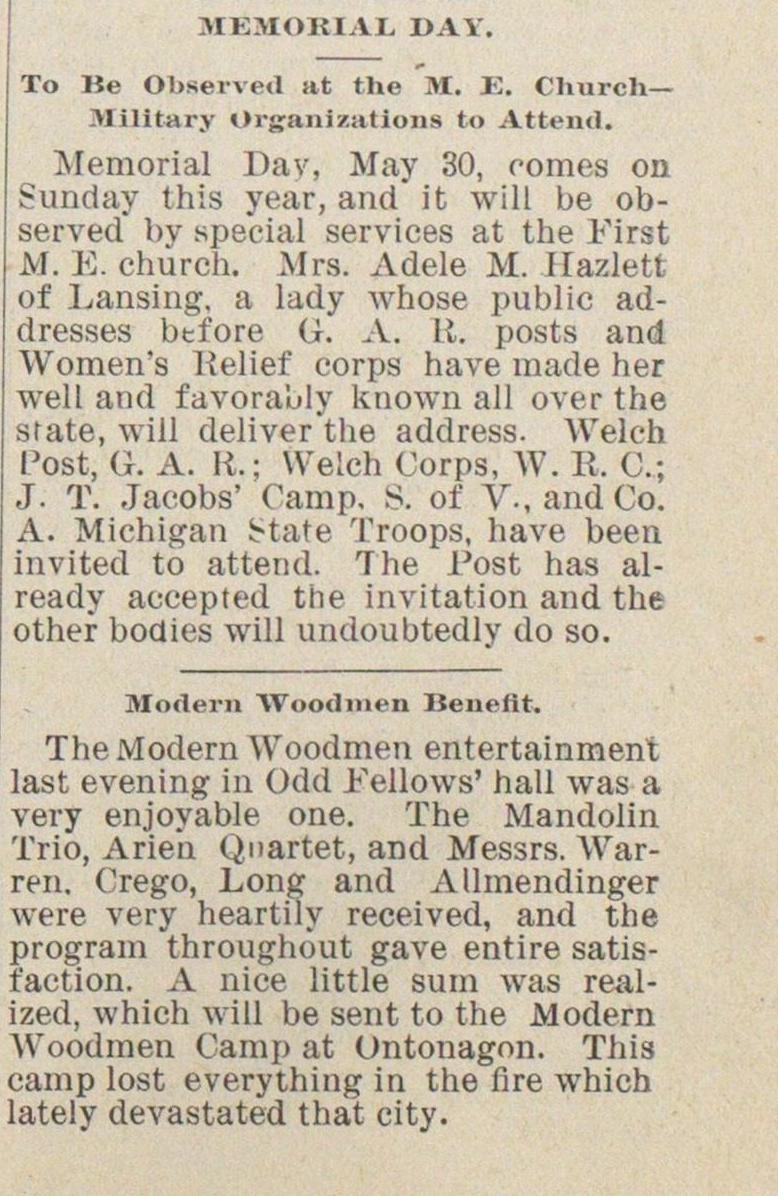 Memorial Day, May 30, romes on Sunday this year, and it will be observed by special services at the First AI. E. church. Mrs. Adele M. Ilazlett of Lansing. a lady whose public addresses before ü. A. U. posts and Women's Kelief corps have made her well and favorauly known all over the state, will deliver'the address. Welch Post, G. A. H.; Welch Corps, W. R. C; J. T. Jacobs' Camp. S. of V-, and Co. A. Michigan State Troops, have been invited to attend. The Post has already accepted the invitation and the ther bodies will undoubtedly do so. Modern "Woodmen lïeneiit. The Modern Woodmen entertainment ast evening in Üdd Fellows' hall was a very enjoyable one. The Mandolín Trio, Arien Qnartet, and Messrs. Warren. Crego, Long and Allmendinger were very heartily received, and the program throughout gave entire satisfaction. A nice little sum was realized, which will be sent to the Modern Woodmen Camp at Ontonagon. This camp lost everything in the flre which lately devastated that city.