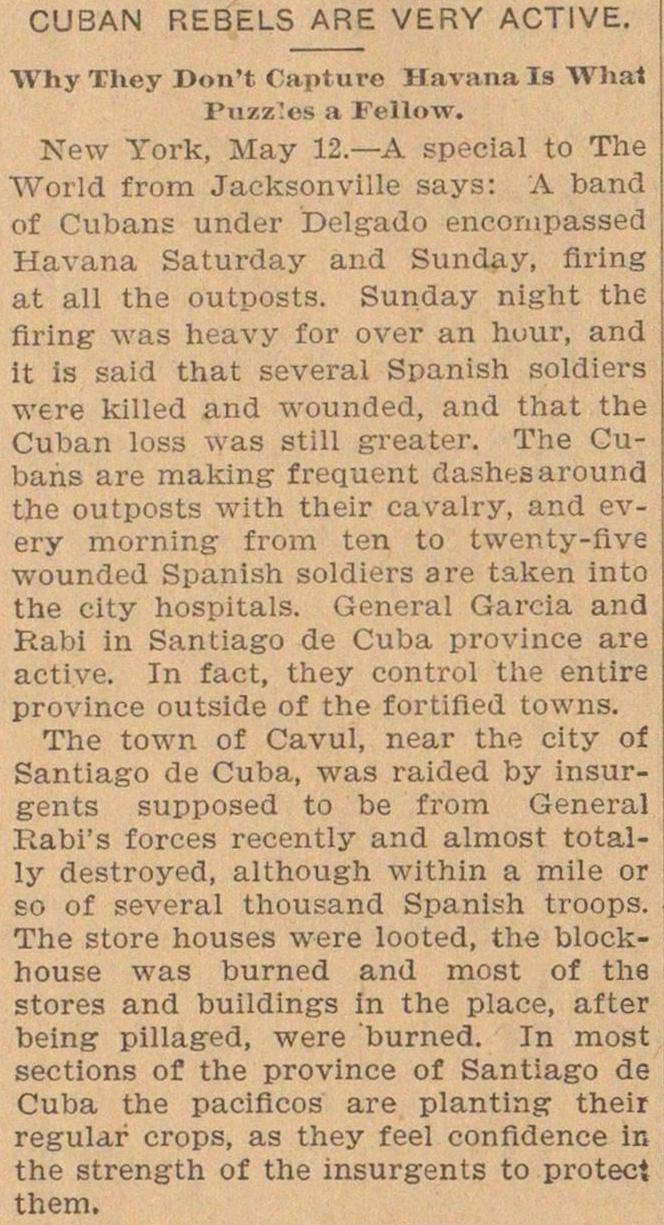 New York, May 12. - A special to The AVorld f rom Jacksonville says: A band of Cubans under Delgado encompassed Havana Saturday and Sunday, firing at all the outposts. Sunday night the firing was heavy for over an huur, and it is said that several Spanish soldiers were killed and wounded, and that the Cuban loss was still greater. The Cubaris are making frequent dashes around the outposts with their cavalry, and every morning from ten to twenty-flve wounded Spanish soldiers are taken into .he city hospitals. General Garcia and íabi in Santiago de Cuba province are active. In fact, they control the entire province outside of the fortified towns. The town of Cavul, near the city of Santiago de Cuba, was raided by insurgents supposed to be from General iabi's forces recently and almost totaly destroyed, although within a mile or so of several thousand Spanish troops. The store houses were looted, the blockïouse was burned and most of the stores and buildings in the place, after jeing pillaged, were burned. In most sections of the province of Santiago de Cuba the pacíficos are planting their regular' crops, as they feel confidence in ;he strength of the insurgents to protect them.