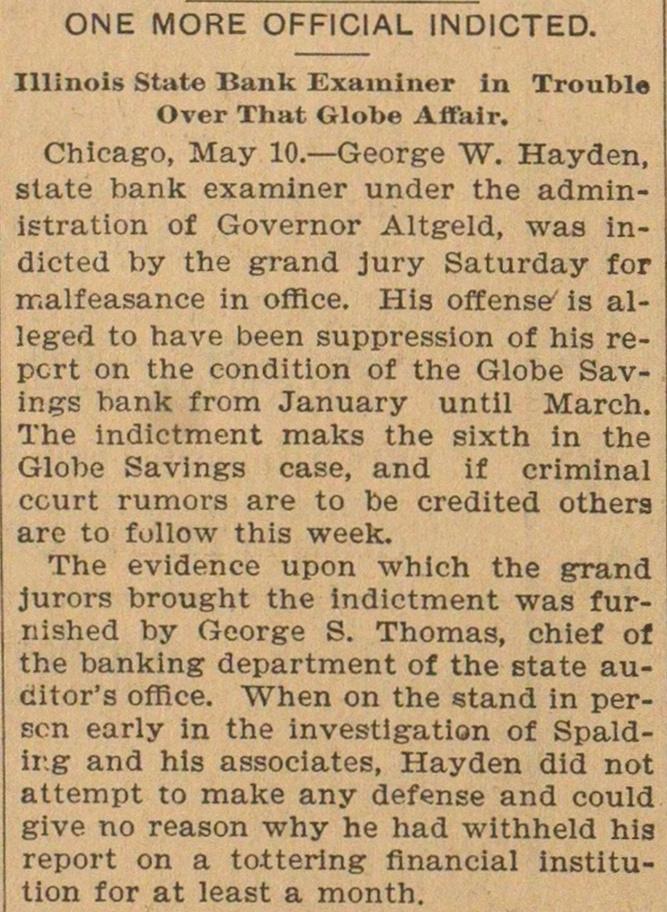 Chicago, May 10. - George W. Hayden, state bank examiner under the administration of Governor Altgeld, was indicted by the grand Jury Saturday for rr.alfeasance in office. His offense is alleged to have been suppression of his repcrt on the condition of the Globe Savings bank from January until March. The indictment maks the sixth in the Globe Savlngs case, and if criminal ccurt rumors are to be credited othera are to follow this week. The evidence upon which the grand jurors brought the indictment was furnished by George S. Thomas, chief of the banking department of the state aucütor's office. When on the stand in persen early in the investigation of Spaldir.g and his assoeiates, Hayden did not attempt to make any defense and could give no reason why he had withheld his report on a tottering financial institution for at least a month.