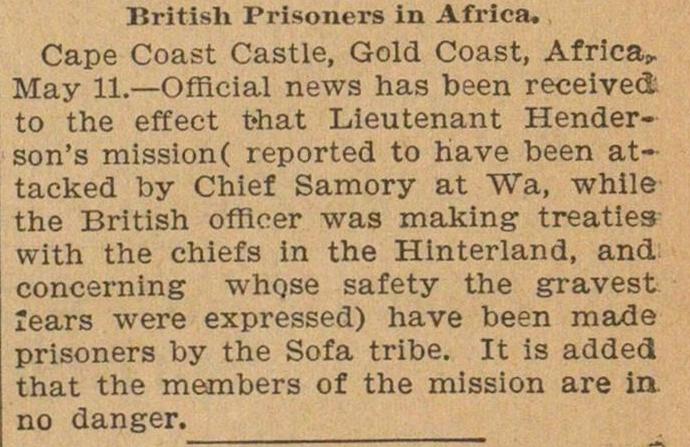 Cape Coast Castle, Gold Coast, África, May 11. - Official news has been received to the effect frhat Lieutenant Henderson's mission( reported to have been attacked by Chief Samory at Wa, while the British offloer was making treatieg with the chiefs in the Hinterland, and concerning -who.se safety the gravest Tears were expressed) have been made prisoners by the Sofa tribe. It is addea that the members of the mlssion are ia no danger.