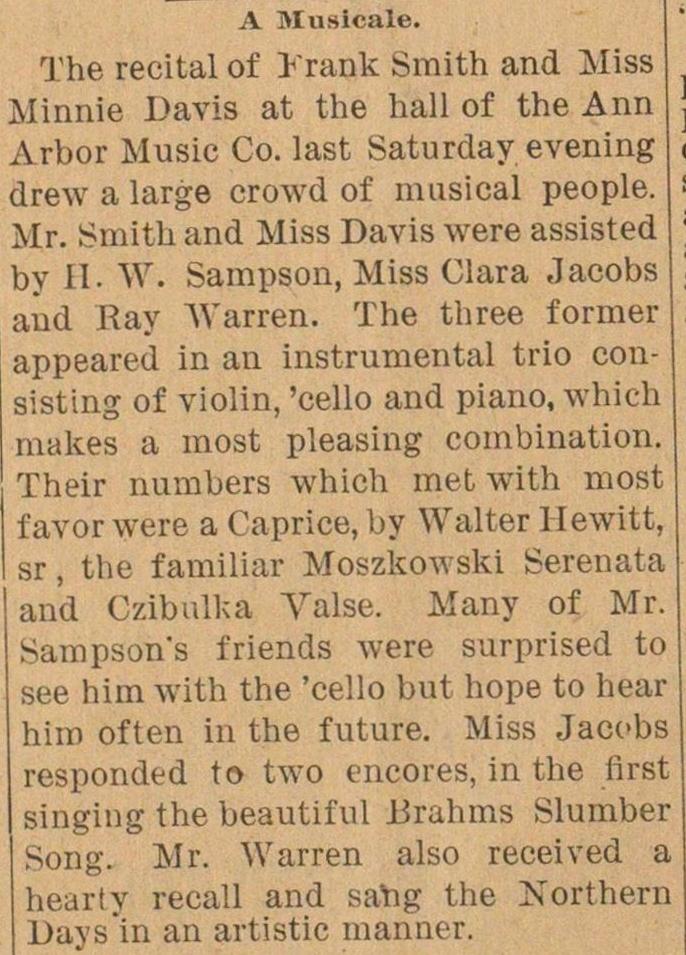 The recital of Krank Smith and Miss Minnie Davis at the hall of the Ann Arbor Music Co. last Saturday evening drew a large erowd of musical people. Mr. Smith and Miss Davis were assisted by II. W. Sampson, Miss Clara Jacobs and Ray "Warren. The three former appeared in an instrumental trio consisting of violin, 'cello and piano, which maltes a most pleasing combination. Their numbers which met with most favor were a Caprice, by Walter Hewitt, sr, the familiar Moszkowski Serenata and Czibulka Valse. Many of Mr. Sampson's friends were surprised to see him with the 'cello but hope to hear him often in the future. Miss Jacobs responded to two encores, in the flrst singing the beautiful Brahms Slumber Song. Mr. Warren also received a hearty recall and saïig the Northern Days'in an artistic manner.