Row In The Austrian Reichsrath 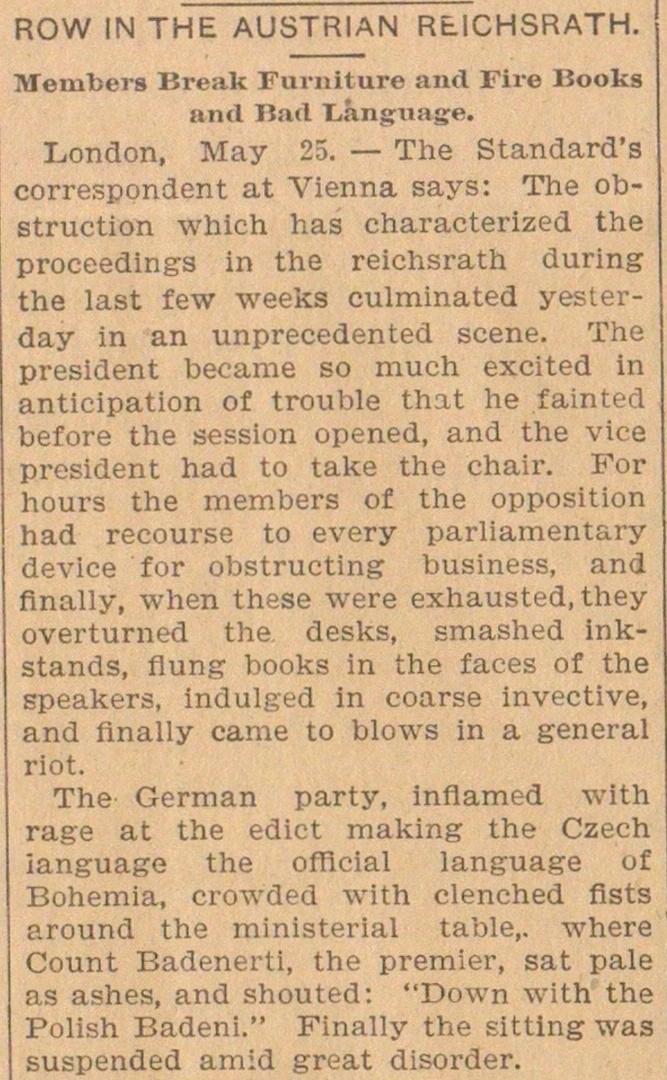 London, May 25. - The Standard's correspondent at Vienna says: The obstruction which has characterized the proceedings in the reichsrath during the last few weeks culminated yesterday in an unprecedented scène. The president beeame so much excited in anticipation of trouble that he fainted before the session opened, and the vice president had to take the chair. For hours the members of the opposition had recourse to every parliamentary device for obstructing business, and finally, when these were exhausted, they overturned the desks, smashed inkstands, flung books in the faces of the speakers, indulged in coarse invective, and flnally came to blows in a general riot. The Germán party, inflamed with rage at the edict making the Czech anguage the official language uf Bohemia, crowded with clenched fists around the ministerial table,. where Count Badenerti, the premier, sat pale as ashes, and shouted: "Down with the Polish Badeni." Finally the sitting was suspended amid great disorder.