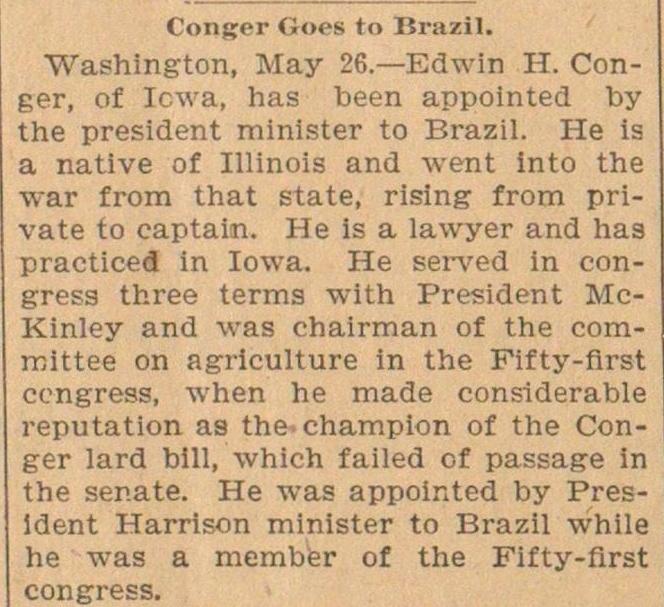 Washington, May 26.- Edwin H. Conger, of Icwa, has been appointed by the president minister to Brazil. He is a native of Illinois and went into the war from that state, rising from private to captain. He is a lawyer and has practiced in Iowa. He served in congresa three terms with President McKinley and was chairman of the comreittee on agriculture in the Fifty-flrst ccngress, when he made considerable reputation as the champion of the Conger lard bilí, which failed of passage in the sépate. He was appointed by President Harrison minister to Brazil while he was a member of the Fifty-flrst congress.