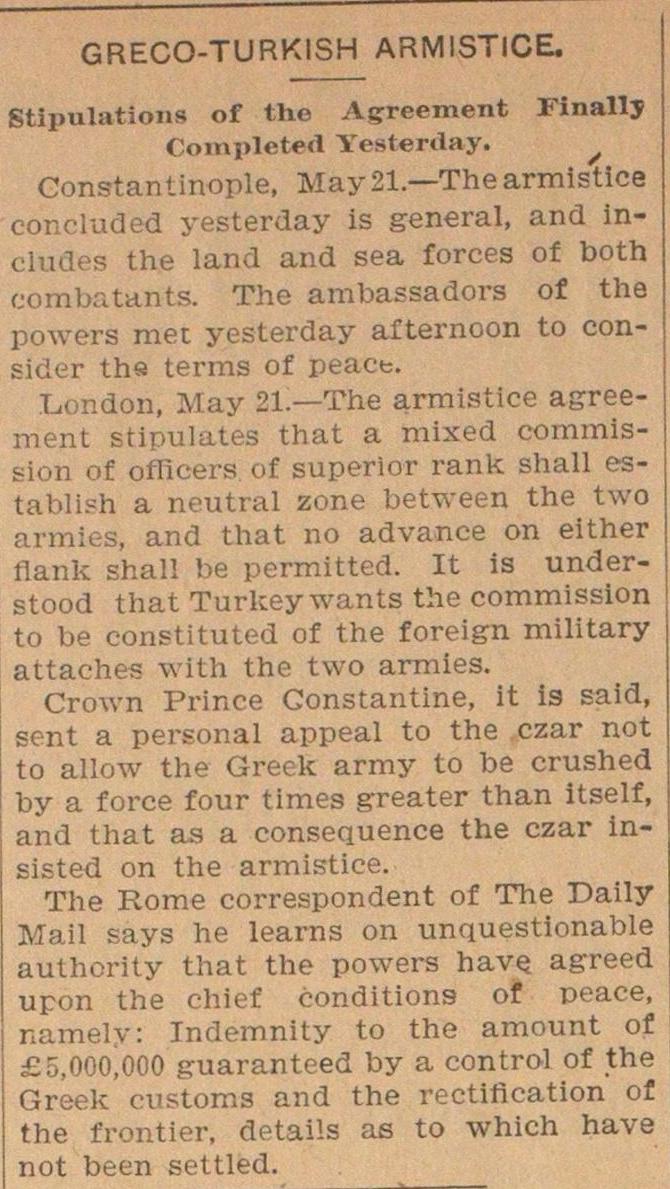 Constantinople, May 21- Thearmistica concluded yesterday is general, and in9 the land and sea torces ol both combatants. The ambassadors of tha powers met yesterday afternoon to consider tha terms of peace. London, May 21.- The armistice agreement stipulates that a mixed commission of officers of superior rank shall establish a neutral zone between the two armies, and that no advance on either flank shall be permitted. It is understood that Turkey wants the commission to be constituted of the foreign military attaches with the two armies. Crown Prince Gonstantine, it is said, sent a personal appeal to the czar not to allow the Greek army to be crushed by a forcé four times greater than itself, and that as a consequence the czar insisted on the armistice. The Rome correspondent of The Daily Mali says he learns on unquestionable authority that the powers have. agreed upon the chief conditions of peace, namely: Indemnity to the amount of L5,000,000 guaranteed by a control of the Greek customs and the rectification of the frontier, details as to which have not been settled.