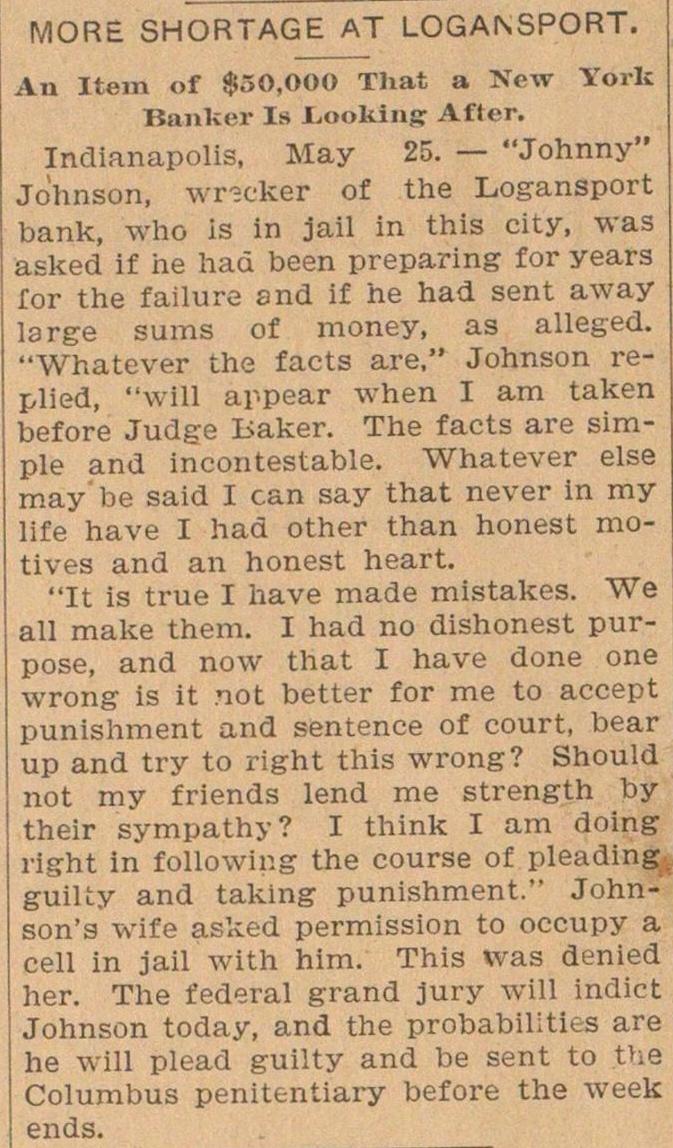 Indianapolis, May 25. - "Johrmy Johnson, wrïeker of the Logansport bank, who is in jail in this city, was asked ií he had been preparing for years lor the failure and if he had sent away large sums of money, as alleged. "Whatever the facts are," Johnson replied, "will arpear when I am taken before Judge Baker. The facts are simple and incontestable. Whatever else maybe said I can say that never in my life have I had other than honest motives and an honest heart. "It is true I have made mistakes. We all make them. I had no dishonest purpose, and now that I have done one wrong is it .not better for me to accept punishment and sentence of court, bear up and try to right this wrong? Should not my friends lend me strength by their sympathy? I think I am doing right in following the course of pleading guilty and taking punishment." Johnson'a wife asked permission to occupy a cell in jail with him. This was denied her. The federal grand Jury will indict Johnson today, and the probabilities are he will plead guilty and be sent to the Columbus penitentiary before the week ends.