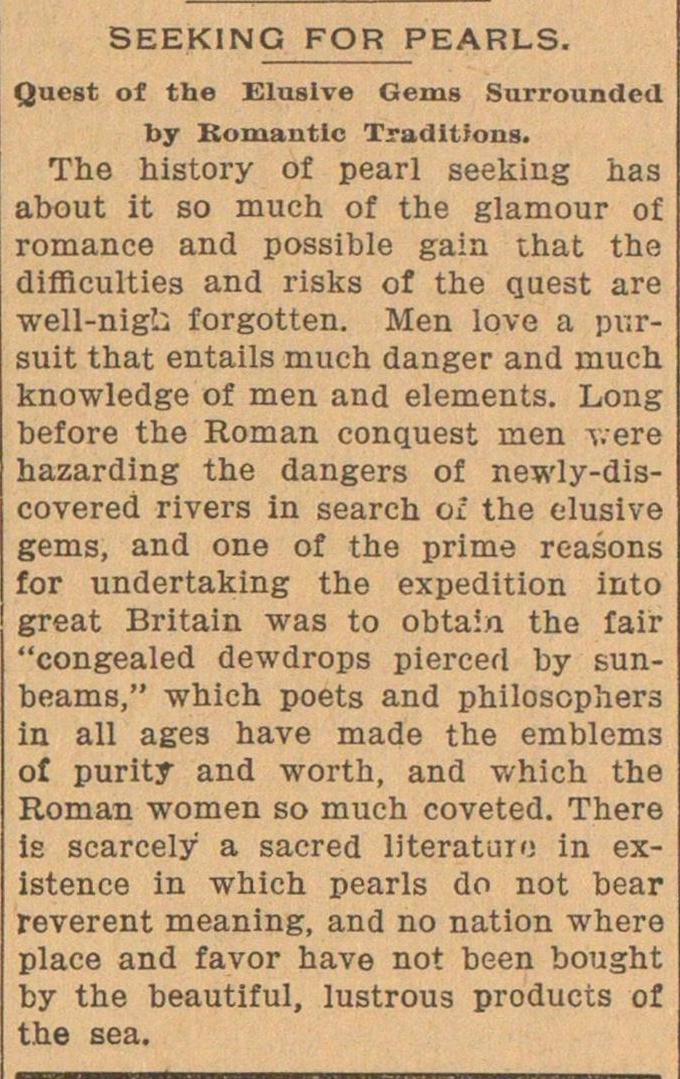 The history of pearl seeking has about it so much of the glamour of romance and possible gaia that the difficulties and risks of the quest are well-nigb forgotten. Men love a pursuit that entails much danger and rnucb. knowledge of men and elements. Long before the Roman conquest men y.ere hazarding the dangers of newly-discovered rivers in search of the clusive gems, and one of the prime reasons for undertaking the expedition into great Britain was to obtain the fair "congealed dewdrops pierced by sunbeams," which poets and philosophers in all ages have made the emblems of purity and worth, and which the Roman women so much coveted. There is scarcely' a sacred literatun; in existence in whieh pearls do not bear reverent meaning, and no nation where place and favor have not been bought by the beautiful, lustrous products of the sea.