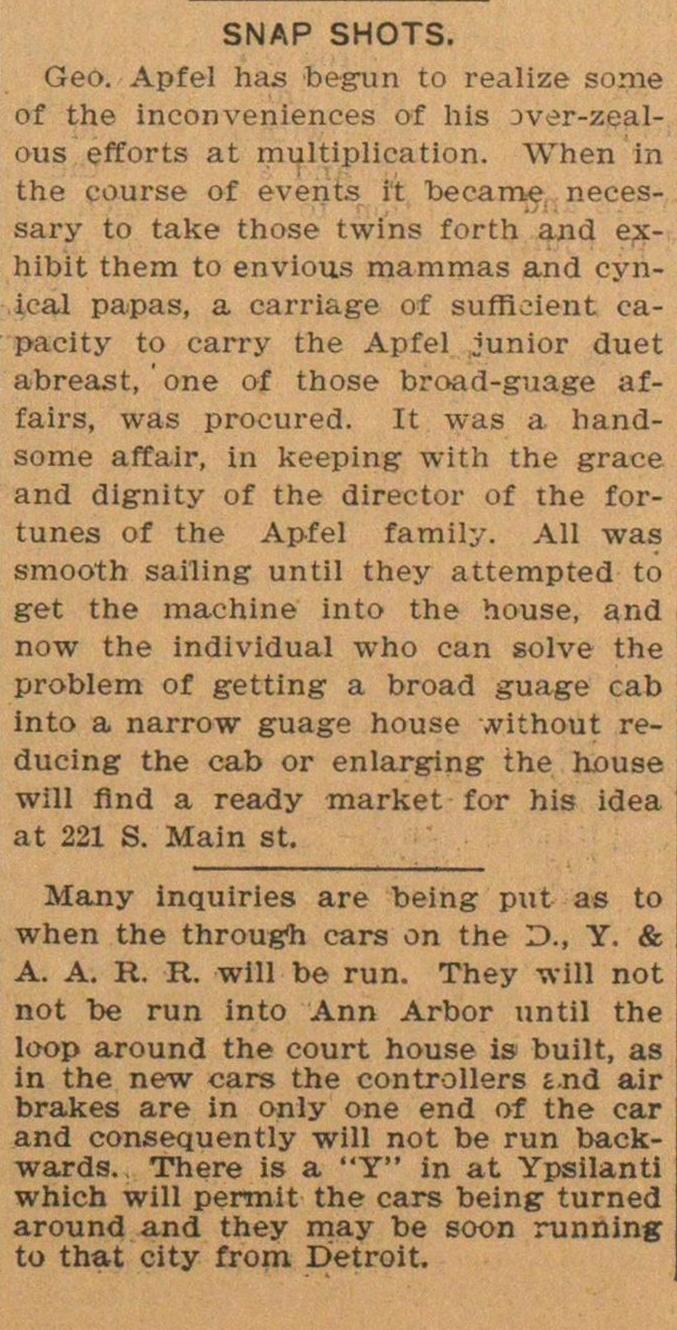 Geo. Apfel has be-gxin to realize some of the inconveniences of his :ver-zealous eiforts at multiplication. When in the course of evénts it became necessary to take those twins forth and exhibit them to envious maramas and cyriical papas, a carriage of sufBeient capacity to carry the Apfel junior duet abreast, 'one of those broad-guage affairs, was procured. It was a handsome affair, in keeping with the grace and dignity of the of the fortunes of the Apfel family. All was smooth sailing until they attempted to get the machine into the house, and now the individual who can solve the problem of getting a broad guage cab into a narrow guage house without reducing the cab or enlarging the house will find a ready market for his idea at 221 S. Main st. Many inquiries are being put as to when the througfa cars on the D., Y. & A. A. R. R. will be run. They will not not be run into Ann Arbor until the loop around the court house is built, as in the new cars the controllers j.nd air brakes are in only one end of the car and consequently will not be run backwards. There is a "Y" in at Ypsilanti which will permit the cars turned around and they rnay be soon running to that city from Detroit.