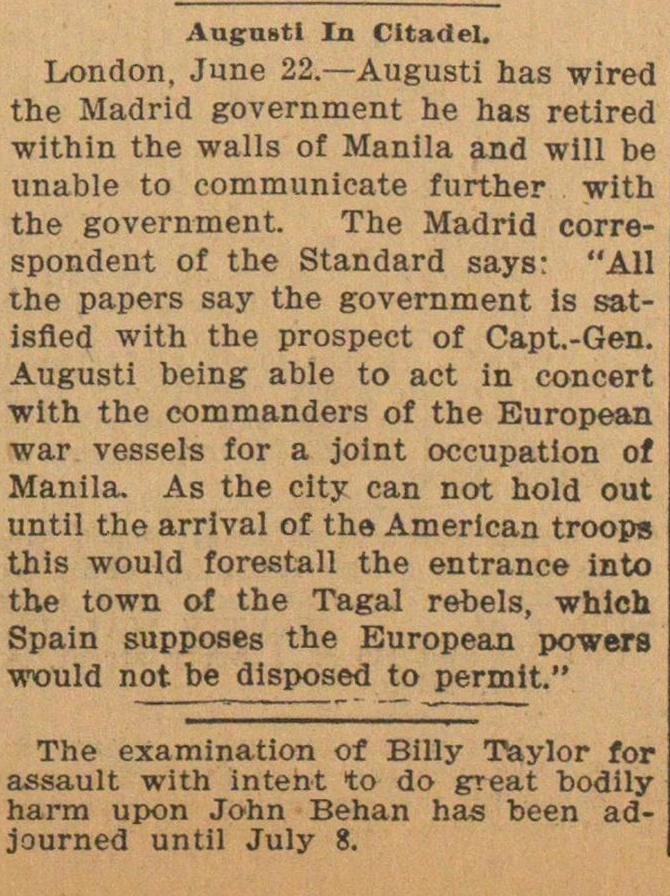 London, June 22.- Augusti has wired the Madrid government he has retired within the walls of Manila and will be unable to communicate further with the government. The Madrid correspondent of the Standard says: "All the papers say the government is satisfled with the prospect of Capt.-Gen. Augusti being able to act in concert with the commanders of the European war vessels for a joint occupation of Manila. As the city can not hold out until the arrival of the American troops this would forestall the entrance into the town of the Tagal rebels, which Spain supposes the European powers would not be disposed to permit." The examination of Billy Tïaylor for assault with intent to do great bodily harm upon John Behan has been adjourned until July 8.